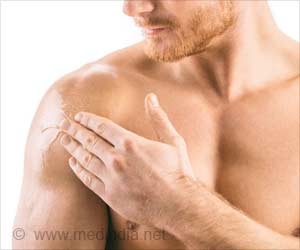 A new technology has been developed that aids in accelerating wound healing, reveals a new study.

The technology and the mode of action method published in the highly ranked journal PNAS involve using lactic acid bacteria as vectors to produce and deliver a human chemokine on site in the wounds.

Advertisement
‘Increasing the levels of chemokines (CXCL12), which are signaling proteins can recruit more immune cells that aid in wond healing.’

The research group at Uppsala University and SLU is the first in the world to have developed the concept for topical use, and the technology could turn out to be disruptive to the field of biologic drugs.


Treatment of large and chronic wounds are a high-cost burden to the health care system since effective tools to accelerate healing are lacking. Wound care is today limited to mechanical debridement, use of different dressings and significant amounts of antibiotics preventing or treating wound infections.
Advertisement
With the aging population, occurrence of chronic diseases such as diabetes and the alarming global spread of antibiotic resistance, a treatment that kick-starts and accelerates wound healing will have a significant impact.

There have been many attempts to solve the problem of chronic wounds that have failed. Drug candidates currently in late-stage clinical trials comprise of growth factors, which are traditional protein-based biological drugs associated with high costs, and some trials have been prematurely terminated.

"We have developed a drug candidate, a next-generation biologic medical product, and are now publishing the fantastic results from the preclinical part where wound healing was strongly accelerated in mice," says Mia Phillipson, Professor at the Department of Medical Cell Biology, Division of Integrative Physiology, Uppsala University.

The acceleration of the healing process occurs due to changes in the microenvironment in the wound, which change the behavior of specific immune cells. With the newly developed technology, the researchers can increase the level of a chemokine, CXCL12, for a sufficient period through continuous delivery directly to the wound surface. Also, bioavailability of CXCL12 is synergistically increased within the wound as the bacterial produced lactic acid causes a slight pH drop that inhibits degradation.

"The chemokine, CXCL12, is endogenously upregulated in injured tissue and by increasing the levels further, more immune cells are recruited and are more specialized to heal the wound, which accelerates the whole process," says Professor Phillipson.

The potent effect on acceleration of wound healing is demonstrated in healthy mice but also in two models of diabetes, one model of peripheral ischemia as well as in a model using human skin biopsies.

There were clear differences in the composition of immune cells in the wounds and the immune cells present produced higher levels of TGFß at earlier time points. The treatment was local without systemic exposure.

"This is very exciting from a healthcare perspective. We have a technology that works and now understand the mechanism behind it, how it accelerates wound healing. The next step is a study in a pig model," says Professor Phillipson.

Source: Eurekalert
Advertisement
<< Type of Breast Cancer may Predict the Health of the Baby
Enrolling in Medicaid can Benefit Both Parents And Children >>

Glial Cells in Brain Can Help in Wound Healing
After an injury occurs, blood coagulates and seals the wound and nerve cells play a central role in ...

Wound Healing is a Critical and Complex Process
Calcium ions play a key role in wound response. That is not surprising, because calcium signaling .....

Gel Patch Improves Wound Healing and Reduces Scarring
A gel patch has been developed to speed up the healing of wounds and reduce scarring. This patch ......