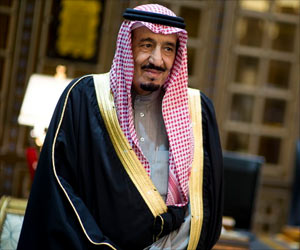 Salman bin Abdul Aziz, Saudi Arabia's new King, is rumoured to be suffering from major health problems, including dementia - the loss of mental functions such as thinking, memory, and reasoning.

Simon Henderson, an authority on Saudi Arabia and succession issues at the Washington Institute for Near East Policy, said that Salman, 79, can perform quite well for a few minutes, but then he gets muddled and goes off message, the Washington Post reported.

Aspirin to be Tested for Its Effect on Dementia

Clinical trial to be conducted to prove or disprove the effects of aspirin in dementia and to determine if the benefits outweigh the risks.
Advertisement

Salman was perceived as a fearsome and admired leader for decades, before his health problems overshadowed his performance.


Salman has been described as a devout disciplinarian who would lock up princes in his small private jail for flouting the law.

The report quoted Nasim Chowdhury, a Mecca-based business consultant as saying that Salman was an arbitrator in royal family disputes, usually between the liberal wings and the conservative wings of the family.

Chowdhury said that he is one of the most popular members of the royal family and people can identify with him.