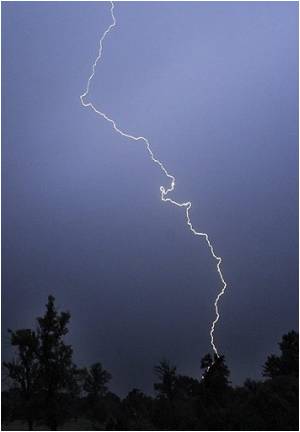 The Wilderness Medical Society issues new practice guidelines to lower the likelihood of being killed or injured by lighting and recommendations for effective treatments post strike.

Updating the 2006 guidelines, a panel of experts chosen for their clinical or research experience convened at the 2011 Annual Meeting of the Wilderness Medical Society in Snowmass, CO. Their task was to develop evidence-based practice guidelines for the prevention and treatment of lightning injuries to guide clinicians and disseminate knowledge about best practices.


Lightning-related deaths in the United States have declined consistently over the last 50 years to approximately 40 per year. More than 80% of victims are male and most deaths occur in individuals between 20 and 45 years of age. The prevention strategies outlined in these guidelines have the potential to reduce these fatalities and injuries further.

Platelet-Rich Plasma therapy is a non -surgical mode of treatment wherein a patient's own platelets are used to repair tissue damage.
Advertisement
Using the American College of Chest Physicians classification scheme for the quality of evidence and recommendations, the panel identified 5 stronger and 2 weaker recommendations concerning prevention strategies. These include taking shelter when thunder is heard and avoiding bodies of water during lightning events.

The mechanism of sudden death from lightning strike is simultaneous cardiac and respiratory arrest. In many victims, despite return of spontaneous circulation (ROSC), a second cardiac arrest may occur if ventilation is not supported. This highlights the need for a "reverse triage" system for lightning strike victims where priority is initially given to those individuals without vital signs or spontaneous respirations. This and 17 other strategies for the treatment of injuries are included in the guidelines.

The panel concludes that "This article provides a summary of available evidence for the prevention and treatment of lightning injury. Most available data are based on small, retrospective case reports or series because the prospective study of lightning injuries is not logistically and ethically possible. Although the strength of the overall evidence is limited, the authors believe that many recommendations can be strongly supported as there is little risk of associated harm."

A British man trounced death after surviving a billion-volt lightning strike on his head.
Advertisement
<< Real-Time Imaging of Barrett's Esophagus Examined By ASGE I...
Recommendation to Discontinue LABA Therapy in Asthma Patien... >>

Olympic Runners Aided In Recovery from Injuries By 'Anti-Gravity Treadmill'

Leg Injuries and Disorders
News Archive
News Resource
Advertisement
News Category
Milestone In Voluntary Blood Donation Achieved Samsung Reinvents Toilet for the Poor Which is a Better Form of Exercise: Daily or Weekly? First Phase of Foot-and-Mouth Disease Vaccination Shocking News: Polio Cases Return After a Decade in the US
More News
Sign up for Wellness Consult a Doctor Sign up for Selfcare