Childhood Brain cancer treatment: a chromosome signature can now tell the doctors if the patient is at a low risk say has the survival rate of 100% or high risk - has the survival rate less than 60%, finds a new study. Through this study low-risk, patients can be saved of fierce radiation and chemotherapy routines.

Scientists led by Newcastle University have been able to identify the group of children needing more intensive, aggressive chemotherapy treatment for the most common form of brain cancer.

The chromosome signature they have identified in medulloblastoma could allow medics to adapt treatment so that each child is targeted individually, improving the 60% survival rate for high-risk patients.


‘Risk assessment in childhood brain cancer with the help of chromosome signature can help the doctor avoid unnecessary chemo and radiation prescription in case of low-risk patients.’


The study's findings, published today in The Lancet Oncology, also shows that many youngsters with medulloblastoma could avoid unnecessary doses of chemotherapy and radiotherapy with less toxic side effects.

While others, who have the most serious form of the disease, may be targeted with more intensive chemotherapy. Currently, all patients receive the same treatment.

Professor Clifford said: "Our findings provide a new blueprint for the personalization of treatment in medulloblastoma so that all children are not given the same intensity of therapy.

"This study shows that low-risk patients may receive kinder treatments aimed at reducing toxicity and side effects while targeting more intensive treatments to the high-risk patients who need it most.

"Medulloblastoma is the most common malignant childhood brain tumour, and it is important that we have improved outcomes for patients with this disease.

"Through a greater understanding of brain tumors we hope to increase the cure rate, but critically, for those children who survive, we want to make sure their quality of life is good after treatment."

The study is part of the largest completed clinical trial of medulloblastoma undertaken across Europe, and it is hoped that it will lead to significantly improved outcomes for patients in the future.

Experts identified that children with cancer could be split into two clinical groups - about half of which are low-risk with close to 100% survival, while the other half are high-risk, with 60% survival.

The study analyzed data from the PNET4 clinical trial of standard-risk medulloblastoma, which ran from 2001-2006, and was partly funded by Cancer Research UK.

The standard-risk patients involved in the cohort were children with no recognized risk factors for the disease and who would be expected to have a survival rate of around 80% after five years.

Working with the University of Bonn in Germany, the Newcastle and Northumbria team identified recurrent patterns of chromosome gains and losses in medulloblastoma tumors.

The team found a chromosome signature that identifies a group of patients with 100% survival rates, and a high-risk group with just 60% survival.

Dr. Ed Schwalbe, Senior Lecturer in Bioinformatics and Biostatistics at Northumbria University, said: "In this study, we identified an easily testable chromosome signature that predicts excellent outcomes for children with medulloblastoma. Importantly, we also show that this signature works as expected in an independent set of patients.

"Looking forward, we hope that children whose tumors have this signature could be treated less aggressively, reducing the life-long side effects of the grueling treatments, while maintaining a cure."

Medulloblastoma is the most common high grade childhood tumour, accounting for 15%-20% of all childhood brain tumours.

Current treatment for the cancer is surgery to remove a tumor, followed by radiotherapy and an intensive course of chemotherapy.

Researchers are now working with the European trial group to implement the findings of this study clinically as part of forthcoming trials to adapt therapy in the future.

Schoolboy Olly McKenna was diagnosed with medulloblastoma less than a year ago and has battled back to health.

The 12-year-old, from Bill Quay, Gateshead, had surgery for nine hours to remove his aggressive tumor and underwent months of grueling radiotherapy and chemotherapy.

Today his parents Jason and Jill have welcomed the research being undertaken in the North East into this form of brain cancer.

Jill, 44, a superintendent radiographer, said: "It is incredibly important that as much research as possible is done into medulloblastoma so that patients receive the best treatment options.

"Each child currently diagnosed with the condition is given the same treatment, and this level of toxicity makes the youngsters very ill - for parents, it's awful watching their child go through that.

"To know that research has identified that therapy should be tailored to each individual child is fantastic as it will mean that children will not be given toxic treatment unnecessarily.

"The most important thing is that children have as few side effects as possible so that they can continue to have a good quality of life during and after treatment."

New Molecular Imaging Method Gauges Effectiveness of Brain Cancer Treatment
Researchers have developed a new method of molecular imaging which can check whether a treatment for people with malignant brain cancer, also known as glioma, is effective.
READ MORE 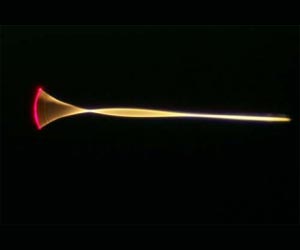