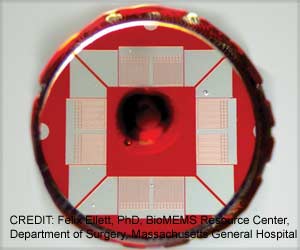 Unnecessary prostate cancer biopsies could be reduced by 60 per cent thanks to new research from the University of East Anglia.


Prostate cancer is the most common cancer in men in the UK. It usually develops slowly and the majority of cancers will not require treatment in a man's lifetime.


‘It provides good evidence that multiple aspects of urine can be combined to determine a patient's disease status.’


The most commonly used tests for prostate cancer include blood tests, a physical examination known as a digital rectal examination (DRE), an MRI scan or a biopsy.

Lead author Shea Connell from UEA's Norwich Medical School, said: "Prostate cancer is more commonly a disease men die with rather than from.

"Current practice assesses a patient's disease using a PSA blood test, prostate biopsy and MRI. But up to 60 per cent of men with a raised PSA level are negative for prostate cancer on biopsy.

"So it is clear that there is a considerable need for additional, more accurate, tests.

The latest research combines information from two different components in urine which further improves its use for diagnosis.

Shea Connell said: "We wanted to see if other biological information from urine could be integrated together with clinical information to create a new predictive test with even greater potential."

The team developed the ExoMeth test by studying urine samples collected from 197 patients. They used machine learning techniques to find which specific combination of biological markers could be useful for predicting the presence of prostate cancer.

ExoMeth takes a 'holistic view' of urine for biomarkers by considering much more than a single fraction of the urine. By integrating cell-free RNA, cellular methylation and clinical factors all together, the research team can now much more accurately discriminate the disease status of a patient without the need for an invasive biopsy.

It provides good evidence that multiple aspects of urine can be combined to determine a patient's disease status.

Senior author Dr Daniel Brewer, from UEA's Norwich Medical School, said: "It's still very early days for this research, but if ExoMeth were validated in a future study with many more patients, we could see an approximate 60 per cent reduction in unnecessary biopsies in around five years."

The research was led by UEA, in collaboration with the Norfolk and Norwich University Hospital, the Earlham Institute, University College Dublin, and the University of Toronto.

Dr Mark Buzza, global director of biomedical research programs at men's health charity Movember, said: "Despite advances in recent years, prostate cancer remains very difficult to diagnose and treat. That's why we're so excited about the Exometh test. One of the major advantages of the test is that it could remove the need for 60 per cent of invasive biopsies.

"We are delighted to have supported this project under Movember's Global Action Plan (GAP1) Biomarker project which fosters collaboration between researchers across the globe. Bringing researchers together to collaborate rather than compete for funding allows research findings to be fast-tracked."