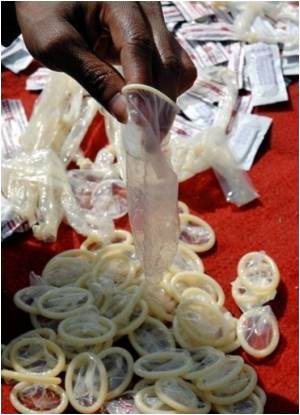 Women may soon be relieved from the burden of family planning, thanks to a contraceptive jab for men. This contraceptive has proved successful in preventing unplanned pregnancies after conducting several tests in Scotland.

With no pregnancies reported in the Scottish arm of the international study in the past year, Edinburgh University researchers hope it could become a new contraceptive option with men taking on more of the family-planning burden.

The World Health Organisation trial, involving 200 couples around the globe, uses a combination of the hormones testosterone and progesterone which dramatically reduce a man's sperm count.


The contraceptive, given in the trial in two jabs, works by reducing sperm counts from above 20 million sperm per millilitre to zero, and to less than one million in others, below the viable threshold for a pregnancy.

Interesting information about the use of birth control pills, a debate about the birth control responsibility of men and women and development of hypothetical male contraceptive pill.
Advertisement
This result provides better contraceptive protection than condoms, and a similar success rate to the female pill.

"The results are very encouraging and it has gone very well," the Scotsman quoted Professor Richard Anderson, from Edinburgh University's reproductive and developmental sciences division, as saying.

The new injection technique only needs to be given every two months.