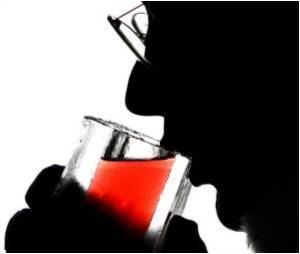 It is generally known that alcohol consumption, withdrawal, and abstinence can all raise stress hormones in humans and animals.

A review has described how stress hormones called glucocorticoids are associated with neurotoxicity during abstinence after withdrawal from alcohol dependence.


A review of this evidence will be published in the December 2010 issue of Alcoholism: Clinical & Experimental Research and are currently available at Early View.

Alcohol abuse
Advertisement
"Prolonged and elevated levels of glucocorticoid hormones can damage or destroy neurons, and lead to an increased vulnerability to other situations that can damage neurons, such as raised excitatory amino acid activity," explained A.K. Rose, a lecturer in psychology at the University of Liverpool and corresponding author for the review. "This can underlie loss of memory functions."

"High levels of brain cortisol associated with stress have long been linked to deficits in neuronal function, which can be seen in aging," added John Littleton, a professor in the department of pharmaceutical sciences at the University of Kentucky.

Among the review's key points:

"Our evidence shows that brain concentrations of corticosterone remain raised for long periods after alcohol withdrawal, even after the blood concentrations return to normal levels," said H.J. Little, a professor in addiction science at King's College London and who conducted this research. "Furthermore, the corticosterone concentrations remained increased in rodent brains for up to two months, approximately five human years, following cessation of prolonged alcohol drinking."

"One of the most important questions for research and treatment is why alcoholics can relapse after many months of abstinence," observed Littleton. "Partly this can be attributed to the effects of conditioning in which 'cues' provoke craving for alcohol, as well as a 'protracted withdrawal syndrome' which includes anxiety, sleep disturbances, and general feelings of being unwell. Prolonged high levels of brain cortisol after withdrawal from alcohol may explain the strength of these cues, and many of the symptoms of protracted withdrawal."

"Cessation of drinking is clearly linked to cognitive deficits," said Little. "For example, visuospatial learning can be worse in abstinent alcoholics than in those still intoxicated, and memory and learning deficits have been found in rats after alcohol withdrawal, but not during alcohol intake. Furthermore, greater neuronal degeneration has been reported after cessation of chronic alcohol intake than during its consumption, and multiple withdrawal episodes cause greater neuronal damage than a single withdrawal episode."

"Animal and cell-culture research show very convincingly that cortisol/corticosterone can increase neurotoxicity associated with periods of alcohol withdrawal," said Littleton. "Since the highest cortisol levels were found in the prefrontal cortex and hippocampus, this may explain why these areas are damaged in alcoholics. This makes the brain cortisol glucocortcoid receptors a potential target for prevention of alcohol-induced brain damage."

"In summary," said Littleton," stress, the hypothalamo-pituitary adrenal axis, and cortisol are very important determinants of the natural history of alcoholism - affecting an individual's drinking behavior, the effects on cognition and memory, and the likelihood of relapsing into alcoholism during abstinence. We can also see that hypotheses applicable to animals can now be applied to inform new human research."