Driving Under the Influence Linked to Decision-Making Deficits 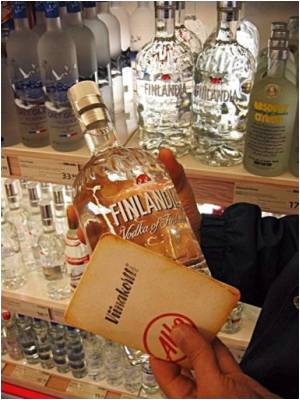 People who had relapsed to DUI have subtle deficits in their decision-making abilities, new research indicates. These deficits tend to go undetected through conventional neuropsychological testing.

Driving under the influence (DUI) of alcohol is a major public health problem. A study of people who had relapsed to DUI found subtle deficits in their decision-making abilities that tend to go undetected through conventional neuropsychological testing.

Results will be published in the December 2010 issue of Alcoholism: Clinical & Experimental Research and are currently available at Early View.


"Not only was DUI reported to account for nearly 40 percent of fatal motor crashes in North America," said Muzaffer Kasar, resident in psychiatry at the Bakirkoy Research and Training Hospital in Istanbul, Turkey, "33 percent of DUI individuals were recidivists. We wanted to address the underlying neurocognitive mechanisms of recidivism which we assumed might be related to alteration in decision-making cognition." Kasar is also the corresponding author for the study.
Advertisement
Both Kasar and David J. Nutt, a professor of psychiatry at Imperial College London, noted that decision-making cognition had not been investigated in DUI recidivists before this study.

Researchers assessed 34 male, second-time DUI offenders who had been selected for an official psychoeducational rehabilitation program, as well as 31 healthy non-offenders who were matched for age, education, and alcohol use. All participants were given psychiatric assessments, conventional neuropsychological testing, the Iowa Gambling Task (IGT), and the Temperament and Character Inventory (TCI) in order to assess personality patterns.

"First, we found that second-time DUI offenders have a poorer performance on the IGT test than their matched counterparts," said Kasar. "The IGT is used in many studies investigating decision-making cognition in problems related to alcohol. Deficits in many neuropsychological testing may not necessarily reflect daily living problems associated with alcohol abuse, as some of the abusers could perform fairly well in conventional neuropsychological testing. That's why problems related to neurocognitive impairments in real-life situations might be better detected by tests such as the IGT which simulate real-life decision-making situations - which our results confirm."

The second finding was a lack of differences between the DUI recidivists and their counterparts using conventional neuropsychological testing and TCI scores. "These findings suggest that second-time DUI offenders do not suffer from motor impulsiveness, that is, a lack of impulse control in 'here and now' situations. Rather, they suffer from cognitive impulsiveness, which depends on associating negative experiences with possible negative consequences and related to a specific decision-making deficit."

In other words, said Nutt, "there are brain reasons for why people make poor choices regarding DUI."

"Perhaps our results will increase awareness about brain mechanisms implicated in alcohol-related behavior," said Kasar. "We found a deficit previously shown to be associated with dysfunctioning in particular brain circuits and this may help to change public awareness towards DUI recidivism. Our findings might also influence the framework of psychoeducational programs, and suggest that neurocognitive testing include decision-making tasks such as the IGT as a routine part of the evaluation process."