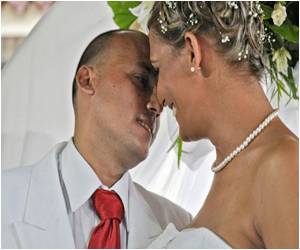 Transgender people in the US who choose to perform self-castrations, often face significant financial barriers as elective castration is typically not covered under health insurance plans in the United States.

This was stated in an article 'Self-Castration by a Transsexual Woman: Financial and Psychological Costs: A Case Report' by Dr. Irwig and his co-authors recently in The Journal of Sexual Medicine.

Dr. Irwig continued, '...They (patients) are often frustrated at the slow pace of their male-to-female transition.'


He further said, 'In order to reduce the number of self-castrations, urologists who are willing to perform surgery on transsexuals must be identified and more pressure needs to be put on health care and insurance companies to cover the procedure. These tactics are a few measures that can reduce the financial costs to patients and to the health care system.'

Many US insurers stopped offering individual coverage for children after the 2010 health care overhaul as no child could be refused on the grounds of pre-existing diseases.
Advertisement
The team of researchers agreed that, 'from a financial standpoint, an elective orchiectomy (surgical castration) could have cost the health care system significantly less than a hospital admission with its associated additional costs. From a patient safety standpoint, elective orchiectomy is preferable to self-castration which carries significant risks such as hemorrhage, disfigurement, infection, urinary fistulae, and nerve damage.'

Ten more states in the US will receive a total of $230 million in grants, the federal government said today.
Advertisement
<< Personal Glucose Monitors to Detect DNA
New Computer Games for Disabled Kids >>

Indian Medical Journals Noscaphene (Noscapine) Loram (2 mg) (Lorazepam) Calculate Ideal Weight for Infants Turmeric Powder - Health Benefits, Uses & Side Effects The Essence of Yoga Drug Side Effects Calculator Drug - Food Interactions Accident and Trauma Care Sinopril (2mg) (Lacidipine)
This site uses cookies to deliver our services.By using our site, you acknowledge that you have read and understand our Cookie Policy, Privacy Policy, and our Terms of Use  Ok, Got it. Close
×