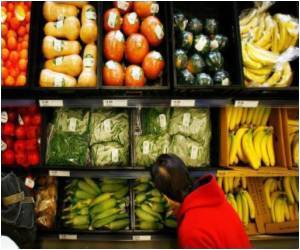 They say previous studies have shown that pesticide exposure either before conception or during pregnancy increases the risk of childhood cancer, reports the Scotsman.

Non Hodgkins Lymphoma is a cancer that affects the lymph tissues. It is made up of a wide array of subtypes.
Advertisement

Professor Andrew Watterson of Stirling University, one of the authors, warned that as well as putting children at risk, the pesticides posed a threat to farmers.


Studies in the past have shown that pesticide exposures are associated with some cases of non Hodgkin's lymphoma, leukaemia, prostate cancer and other hormone related cancers.

Writing in a report for the Chemicals, Health and Environment Monitoring (Chem) Trust, researchers also revealed that farmers are at greater risk of developing certain cancers than the general population.

Leukemia is cancer of blood-forming tissues in the body.
Advertisement
<< Broccoli Extract Effective Against Ulcerative Colitis
Adapting to Altitude - A Study on Tibetans >>