Mt. Fuji-Shaped Ice Cream Found to be Delicious by Obama 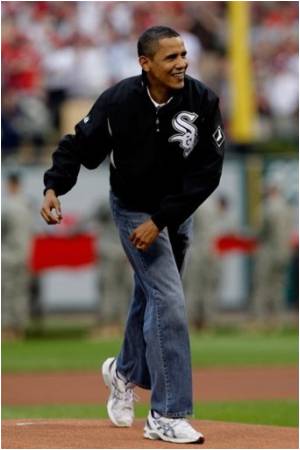 US President Barack Obama was served a Mt. Fuji-shaped ice cream for dessert on his Asian tour and he has apparently found it delicious.

Obama explained that the dessert had the green tea at the bottom that he has spoken about having since he was 6, ABC News reported.

Exercise is a need to eat better and perform better. Nourishing the body with wholesome food will make it grow stronger and fitter. Here's a complete guide to pre and post-exercise nutrition.
Advertisement

Obama said that he was very pleased with the ice cream and passed the compliment to the emperor and empress in person.

Rheumatoid arthritis patients should consume a diet rich in natural antioxidant and anti-inflammatory nutrients and avoid foods like sugar, saturated fats, and trans fatty acids.
Advertisement
This site uses cookies to deliver our services.By using our site, you acknowledge that you have read and understand our Cookie Policy, Privacy Policy, and our Terms of Use  Ok, Got it. Close
×