Most Cancers are Caused by Lifestyle Factors 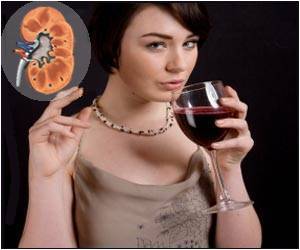 New evidence indicates that lifestyle factors are the most significant causes of cancer rather than exposure to chemicals in food and consumer products.

"Diverting attention from these messages threatens to undermine their efficacy to deliver proven benefits," added Stewart, who systematically reviewed medical literature on known and suspected cancer hazards, the journal The Lancet Oncology reported.


"Cancer is arguably the most-feared disease in the western world, and media attention focuses on any inference of causation," he said. "Most people are aware of a multitude of possible cancer causes."

Laryngeal cancer is also called cancer of the larynx or throat cancer or laryngeal carcinoma. It usually affects men over the age of 55 years.
Advertisement
While there is evidence that air pollution contributes to cancer risk, "the risk is at least 10 times less than it is for smoking", a university statement quoted Stewart as saying.

"Though exposure to very small amounts of carcinogenic (cancer-causing) chemicals occurs as a result of food contamination and by using certain consumer products, these circumstances have never been shown to cause cancer in developed countries," he said.

"Cancer has not been shown to have arisen because regulatory authorities overseeing food standards or consumer product safety overlooked the evidence, with the possible exception of quicker action to ban tanning devices," Stewart said.

More News on:
Cancer Gardening and Horticultural Therapy for the Young and the Old Common Lifestyle Habits that Cause Diseases Health Benefits of Dandelion Plant Immune Checkpoint Inhibitors for Cancer Treatment Non-Communicable Diseases

Blood Donation - Recipients The Essence of Yoga Noscaphene (Noscapine) Drug Interaction Checker Daily Calorie Requirements Loram (2 mg) (Lorazepam) Find a Doctor Find a Hospital Accident and Trauma Care How to Reduce School Bag Weight - Simple Tips
This site uses cookies to deliver our services. By using our site, you acknowledge that you have read and understand our Cookie Policy, Privacy Policy, and our Terms of Use