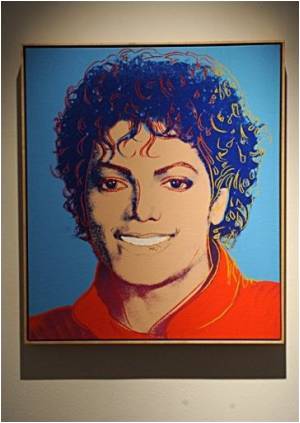 Joe Jackson told Vietnamese television he has invested in a five-star hotel as part of a major development project in southern Long An province.

Thanks to an autograph hunter in Las Vegas who asked to borrow a pen, a French perfumer is poised to launch his-and-hers fragrances in memory of Michael Jackson.
Advertisement

During a live broadcast of the groundbreaking ceremony, Jackson -- whose son died in 2009 -- said the legendary singer "lived to make people happy and I am proud to maintain that, making Vietnamese people happier.


"My wish is to promote this project to all friends across the world so that they understand more about your country," Jackson said.

The lead investor, Vietnam's Khang Thong Group, has compared the project to Disneyland or Universal Studios.

Michael Jackson 'killed Himself by Overdosing': Popstar's Doc to Claim in Court

Michael Jackson's physician Dr. Conrad Murray, facing trial for involuntary manslaughter in Michael Jackson's death case, will claim the singer actually killed himself, his lawyers said.
Advertisement
Along with the 1,000-room hotel in which Jackson has invested, Happyland is to include a water park, film studio, theatres, a riverfront boardwalk, restaurants and other facilities, according to the group.

Deputy Prime Minister Nguyen Thien Nhan told the ceremony that Happyland, due to open in 2014, would be "the largest tourism project in South Vietnam and Southeast Asia."

The groundbreaking ceremony came exactly one year after Singapore opened its first casino resort, a multi-billion-dollar project which includes a Universal Studios movie theme park, as part of efforts to woo regional tourists.

The auction house that is putting Michael Jackson's memorabilia under the hammer in Macau has dismissed accusations that the sale goes against the singer's wishes, a report said Sunday.
Advertisement
Advertisement
This site uses cookies to deliver our services.By using our site, you acknowledge that you have read and understand our Cookie Policy, Privacy Policy, and our Terms of Use  Ok, Got it. Close
×