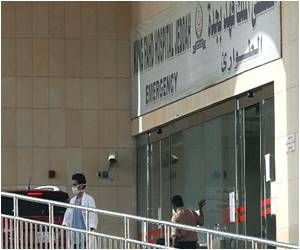 The mounting in cases of infection by the coronavirus in Saudi which sacked its health minister, the death toll reaching 81.

A 73-year-old Saudi who suffered from chronic illnesses died in Riyadh and a compatriot diagnosed with the virus, aged 54, died in the port city of Jeddah, the health ministry said late Monday.

The ministry said it has registered 261 cases of infection across the kingdom since the discovery of the Middle East Respiratory Syndrome in September 2012.


The World Health Organisation said on April 17 that it has been informed of 243 laboratory-confirmed cases of infection with MERS worldwide, including 93 deaths.
Advertisement
Saudi Arabia on Monday dismissed its health minister, Abdullah al-Rabiah, without any explanation.

Rabiah last week visited hospitals in Jeddah to calm a public hit by panic over the spread of the virus among medical staff that triggered the temporary closure of a hospital emergency room.

MERS was initially concentrated in eastern Saudi Arabia but now affects other areas.

A recent study said the virus has been "extraordinarily common" in camels for at least 20 years, and it may have been passed directly from the animals to humans.

12 New Cases of MERS Reported in UAE
Around 12 new cases of infection by the MERS coronavirus has been confirmed by Health authorities .....