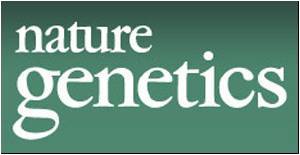 A new research has pointed out that men with a variant form of the immune receptor gene 'Toll Like Receptor 7 (TLR7)' carry an enhanced risk of developing the autoimmune disease systemic lupus.


This is an extremely important scientific and medical advance," said Mark Shlomchik of Yale University.


"Before this work, it was known that Toll like receptors 7 and 9 were important in mouse models of lupus, but there was no good evidence for this in people. We only had some evidence that other genes that may work with TLRs were linked to lupus.

"Dr. Tsao's finding that an overactive TLR7 is associated with lupus risk directly implicates the TLR7 gene itself in lupus," Shlomchik said.

Dr. Tsao's discovery that the lupus link to TLR7 is stronger in males supports the idea that there are different genetic pathways to lupus between males and females.

Only 10 percent of people with lupus are male, but the disease tends to be particularly severe in this population.

In her novel study, Tsao and colleagues noted that men with an extra X (female) chromosome have a higher risk for lupus, and predicted that genes located on the X chromosome would be critical in male lupus.

After genotyping DNA of blood samples from over 4,000 people with lupus from East Asia, the team discovered a variant form of the TLR7 gene associated with lupus.

The link was stronger in men of Chinese and Japanese ethnicity-89 percent of men with lupus had the risk allele, compared with only 77 percent of healthy male subjects.

"Now that we know the sex-specific genetic contributions to lupus, we can proceed to find more targeted therapies than currently exist," said Tsao.

The findings appeared the journal Proceedings of the National Academy of Sciences (PNAS).