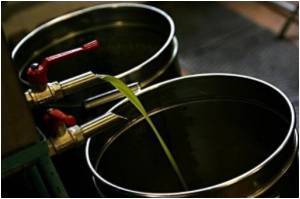 The researchers from the University of Navarra in Spain base their findings on 522 men and women aged between 55 and 80 without cardiovascular disease but at high vascular risk because of underlying disease/conditions.

These included either type 2 diabetes or three of the following: high blood pressure; an unfavourable blood fat profile; overweight; a family history of early cardiovascular disease; and being a smoker.


Participants, who were all taking part in the PREDIMED trial looking at how best to ward off cardiovascular disease, were randomly allocated to a Mediterranean diet with added olive oil or mixed nuts or a control group receiving advice to follow the low-fat diet typically recommended to prevent heart attack and stroke
Advertisement
A Mediterranean diet is characterised by the use of virgin olive oil as the main culinary fat; high consumption of fruits, nuts, vegetables and pulses; moderate to high consumption of fish and seafood; low consumption of dairy products and red meat; and moderate intake of red wine.

After an average of 6.5 years, they were tested for signs of cognitive decline using a Mini Mental State Exam and a clock drawing test, which assess higher brain functions, including orientation, memory, language, visuospatial and visuoconstrution abilities and executive functions such as working memory, attention span, and abstract thinking.

At the end of the study period, 60 participants had developed mild cognitive impairment: 18 on the olive oil supplemented Mediterranean diet; 19 on the diet with added mixed nuts; and 23 on the control group.

A further 35 people developed dementia: 12 on the added olive oil diet; six on the added nut diet; and 17 on the low fat diet.

The average scores on both tests were significantly higher for those following either of the Mediterranean diets compared with those on the low fat option.

The researchers acknowledge that their sample size was relatively small, and that because the study involved a group at high vascular risk, it doesn't necessarily follow that their findings are applicable to the general population.

But they said, theirs is the first long term trial to look at the impact of the Mediterranean diet on brain power, and that it adds to the increasing body of evidence suggesting that a high quality dietary pattern seems to protect cognitive function in the ageing brain.

The study was published online in the Journal of Neurology Neurosurgery and Psychiatry.

Mediterranean Diet Linked With Reduced Risk of Heart Disease
Mediterranean diet that is rich in olive oil, fish, fruits, vegetables and nuts can reduce the risk ...