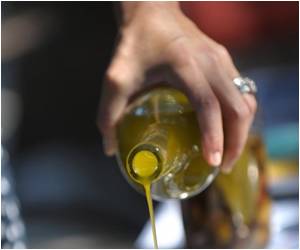 A Mediterranean diet packed with fish, olive oil, low on fatty dairy products and meat can reduce the risk of memory problems later in life, finds US study.

But the beneficial effects of eating a diet rich in omega-3 fatty acids do not extend to people with diabetes, according to the research published in Neurology, the medical journal of the American Academy of Neurology.

The findings, described as the largest study of its kind to date, were based on dietary information from 17,478 African-American and Caucasian people with an average age of 64.


In healthy people, those who regularly ate a Mediterranean-type diet were 19 percent less likely to develop problems in their thinking and memory skills than people who did not eat that way.
Advertisement
There were no major difference in cognitive decline seen between blacks and whites.

"However, it is only one of several important lifestyle activities that might play a role in late-life mental functioning."

"Exercise, avoiding obesity, not smoking cigarettes and taking medications for conditions like diabetes and hypertension are also important."

Financial Benefits of a Plant Based Mediterranean Diet Revealed
New research reveals that people who participated in a six-week cooking programme and chose from ......