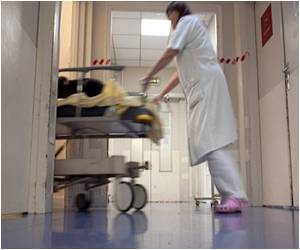 Yet over three years, the Medicare fee-for-service program spent $447 million annually on PSA-based screeningsone-third of which was for men in the over 75 age group, according to study by researchers at the Yale Cancer Outcomes, Public Policy, and Effectiveness Research (COPPER) Center.

Published in the Oct. 4 issue of the journal Cancer, the study also found considerable geographic variation in the cost of prostate cancer screening.


Many prostate cancers are slow-growing and unlikely to become problematic. Widespread screening with a serum-based PSA test may result in unnecessary invasive biopsies, which can be a physical burden or even harmful. In 2012, the U.S. Preventative Services Task Force decided to stop recommending PSA screening for men of any age. Medicare, however, continues to reimburse for this test and the subsequent procedures.

PSA blood test is specific to prostate gland but not necessarily a cancer specific test but is commonly used to diagnose prostate cancer.
Advertisement
Lead author Xiaomei Ma, associate professor at Yale School of Public Health, and her Yale COPPER Center colleagues conducted an observational study of older male Medicare beneficiaries who were free of prostate cancer and other lower urinary tract symptoms at the end of 2006, and followed them for three years.

In addition to large Medicare spending for prostate cancer screening in older men, the team found that the costs of prostate cancer screening ranged considerably from $17 to $62 per beneficiary across regions. The bulk of this variation was not due to the cost of PSA test itself, but rather to variation in costs of the follow-up tests across regions.

Meanwhile, the benefits of screening and treatment are not clear. While men living in high-spending regions were more likely to be diagnosed with localized cancers, they were not significantly less likely to be diagnosed with metastatic cancer. This suggests that spending more on prostate cancer screening might identify more localized tumors, but may not necessarily reduce the rate of metastatic cancers.

"In terms of what these results mean for Medicare spending, this is just the tip of the iceberg," said Cary Gross, M.D., professor of internal medicine at Yale School of Medicine, and director of the Yale COPPER Center. "Many older men who are diagnosed with early-stage prostate cancer may end up receiving therapy that is potentially toxic, has little chance of benefit, and carries substantial cost. In order to truly understand the costs of screening, the next step is to identify how many additional cancers are being diagnosed and treated as a result of screening older men for prostate cancer. We need better tools to target screening efforts towards those who are likely to benefit."

"In a time when healthcare spending is soaring, it is important to weigh the physical, psychological, and financial burden of cancer screening against the possible clinical benefit," said Gross, who is a member of the Yale Cancer Center. "The cancer research community needs to continue exploring novel approaches to target prostate cancer screening and treatment efforts, identifying and disseminating strategies that work, and abandoning strategies that don't work."

What is Medicare / Medicaid?
News Archive
News Resource
News Category
Can Dogs (as Pets) Help Reduce the Risk of Inflammatory Bowel Diseases? Playing Video Games may be Beneficial for LGBTQ+ Youth Monkeypox Doesn't Spread Easily by Air Like COVID, Says US CDC Treating Monkeypox With Antiviral Drugs Might be Effective Corneal Cells Help the Eyes to Protect Against Infection
More News
Sign up for Wellness Consult a Doctor Sign up for Selfcare