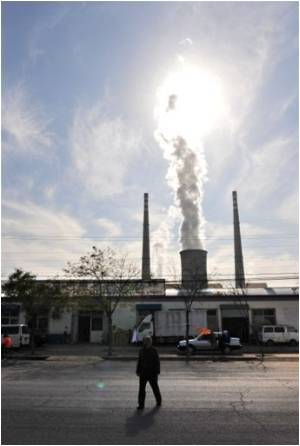 A Japanese study has claimed that China is to blame for high mercury levels atop Japan's beloved Mount Fuji.

According to The Daily Times, the research will likely do little to help simmering hostilities between the Asian giants, a relationship marred by historical animosities and territorial disputes.

In Sao Paulo, air pollution kills more people annually than road accidents, Brazil's most populous city which will host the opening game of the 2014 World Cup, a study found.
Advertisement

Osamu Nagafuchi, lead scientist of the study said that whenever readings were high, winds were blowing from China.


Fuji was chosen because it's a place unaffected by urban pollution, said Nagafuchi, an environmental science professor at the University of Shiga Prefecture.

Air Pollution Shoots Up the Risk of Death in Bronchiectasis Patients

Living close to a busy road is associated with a higher risk of death due to bronchiectasis, a new study revealed
Advertisement
Pollution levels on Mt. Fuji have been monitored annually since 2007, he revealed adding the decision to carry out the study on the 3,776-metre (12,389-feet) peak had nothing to do with it being designated a UNESCO World Heritage site earlier this year, the report said.

The UNESCO designation led to a surge in visitors to the iconic peak, which figures heavily in Japanese art and literature, during this summer's climbing season, the report added.

Mercury levels around the top of peak were up to double levels found in other places free of heavy pollution, according to the survey, conducted in August with non-profit group Valid Utilization of Mt. Fuji Weather Station, the report further said.

The study comes as fast-industrialising China wrestles with a severe urban air pollution problem linked to hundreds of thousands of premature deaths, according to the report.

Last month, China vowed to reduce levels of atmospheric pollutants in Beijing and other major cities by as much as 25 percent to try to improve their dire air quality, the report mentioned.

Beijing is set to implement the car congestion fee in order to cut down on air pollution by 2017, following the footsteps of bigger metropolitan cities like London, Milan and Tokyo.
Advertisement
<< Medicare Spending on Prostate Cancer Screenings Has Little ...
Norovirus Vaccine Reduces Symptoms of Illness by More Than ... >>