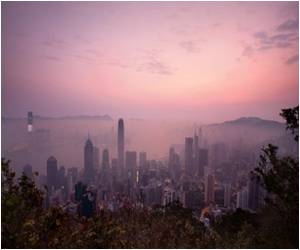 Beijing is set to implement the car congestion fee in order to cut down on air pollution by 2017, following the footsteps of bigger metropolitan cities like London, Milan and Tokyo.

Car emissions are believed to be the root cause for one-third of air pollutants in the city and also lead to a lot of congestion in certain areas and with this move, the Chinese capital hopes to limit car use in the center of the city.

According to China Daily, the congestion charge would be levied mainly on vehicles in the downtown area and will be set out in the near future by the Beijing Environmental Protection Bureau and Beijing Commission of Transport.


Spokesman for the bureau, Fang Li said that whoever pollutes the air is responsible to clean it up and next year the capital will also see ban on private cars at certain times and areas.
Advertisement
Air pollution incharge at the bureau Yu Jianhua said that the government will hold public hearings before the implementation of the congestion fee and regional vehicle restriction, and will widely gauge public opinion.

Residents are reluctant for such a fee as they believe that the restriction on private vehicles would be inconvenient and suggest government cars take the lead and compensation be given to car users.

Under the new restriction, to be carried out in 2014, vehicles from outside Beijing will be forbidden from entering the Sixth Ring Road unless with permission, the report added.

New App to Provide Pollution Alert on Popular Beaches in England and Wales
A British environment charity organization has come out with a new app that will provide real time ....

Health Consequences of 'Safe' Levels of Environmental Pollution Elaborated
New research indicates that pollution could be the reason if you are not seeing any health ......

Healthy Diwali
Celebrate a safe Diwali with festivities, make your Diwali special for yourself, your family and ....