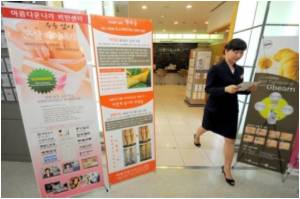 The lines snaking into Bangladesh's overwhelmed hospitals are often so long, that they extend into the street outside -- too many patients seeking too few quality doctors.

So, through a Google search, Nusrat Hussein Kiwan, the wife of a Bangladeshi construction executive chose a Malaysian hospital for her heart bypass surgery.

"It's peaceful here, and my doctors are good," Kiwan, 65, said during a post-op check-up at a Kuala Lumpur private hospital, looking full of life in an orange headscarf and sparkling gold bracelets.

Kiwan spent $20,000 on the procedure earlier this year, joining a booming global medical tourism market that is seeing particularly rapid growth in Southeast Asia.
Advertisement
US-based industry resource Patients Beyond Borders estimates the world market is expanding by 25 percent per year -- it reached $55 billion with 11 million medical tourists in 2013.

International medical tourism began to gain ground in the 1980s as Latin American countries such as Costa Rica and Brazil offered relatively cheap dental, cosmetic and other procedures to US and European patients driven south by high costs.

But the onetime niche market has developed into a multi-billion-dollar industry as developing-world health systems improve, global aviation links spread, and the Internet broadens patients' horizons.

Procedures vary widely from fertility treatments in Barbados, to cosmetic surgery in Brazil, heart and eye operations in Malaysia, and gender-reassignment in Thailand.

The sector benefits from a "perfect storm of an ageing global population, rising affluence and greater choice in quality hospitals," said Josef Woodman, CEO of Patients Beyond Borders.

"This is particularly true in Asia, where disparities in quality of care are driving millions of patients to countries such as Thailand, Malaysia, South Korea, Taiwan -- and even the US and UK -- in search of medical treatment not yet available in their homelands."

"The near-term growth potential is significant," he said.

Increasingly, major Asian players like India, Malaysia, Singapore and Thailand are aggressively promoting treatments at up to 80 percent savings compared to developed nations, with some companies arranging package trips that combine a nose job with a little beach time.

Patients come from both rich and poor nations, the former driven by high costs at home, and the latter seeking better-quality care.

Malaysia's market has nearly doubled since 2010, reaching 770,000 patients and $200 million in revenue last year, according to government figures.

"We are behind Thailand for sure, but we are giving Singapore a good fight," said T. Mahadevan, head of the Association of Private Hospitals of Malaysia.

Thailand says it attracted 2.53 million medical tourists in 2012. Though its figures include spa tourists, that's a one-third increase in just two years, a period in which revenues nearly doubled to around $4.2 billion.

Malaysia set up a special body in 2009 to streamline and organise industry players.

"I would come back here again. I would definitely recommend it," Alexandria Garvie, 61, said from her hospital bed in Kuala Lumpur after a tummy tuck.

The $5,000 procedure -- around one-quarter of what she would have paid at home in Australia -- was performed at the Beverly Wilshire Medical Centre.

The company also recently opened a new branch near the border with Singapore to entice patients from the more affluent city-state.

Most medical tourists to Malaysia, however, are well-heeled visitors from less-developed Indonesia, followed by Indians, Japanese and Chinese. Future growth is expected from the wealthy Middle East.

Beautiful Holidays, based on the northern Malaysian island of Penang, connects overseas clients with local cosmetic surgeons, arranges their accommodations, and shepherds them to pre- and post-op check-ups.

But it also arranges drinks, dining and sightseeing in Penang, know for its historical sites, beaches and cultural melange.

"The idea is to have people come here for holidays -- sun and silicone, that kind of thing," said Tony Leong, the company's programme director.

Ashley Higgins, a 30-year-old American, has used the company twice, first for a breast augmentation, then a nose job.

She was initially wary of going under the knife on the other side of the globe, but price concerns won out.

"The hard part is trusting people when you are 1,000 miles from home. I felt comfortable coming here," she said.

Hype Surrounding Medical Tourism
British researchers have brought to light some of the myths and hype surrounding medical tourism ......

Medical Tourism Rise Shows Impact on Cosmetic Surgery Market
Would you consider traveling to India or Mexico for a less-expensive rhinoplasty or breast ......