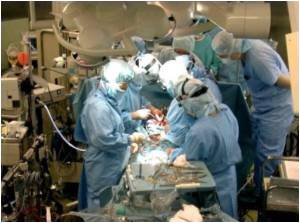 British researchers have brought to light some of the myths and hype surrounding medical tourism and this should serve as a guideline to governments and healthcare decision makers.

The researchers challenge the idea that ever greater numbers of patients are prepared to travel across national borders to receive medical treatment. 'Medical tourism' is where people leave their own country to seek medical treatment abroad. They are typically treated as private patients and the costs are fully recouped.

This is distinct from 'health tourism' where there is not always an intention to pay.In the article, the authors, who include academics from the London School of Hygiene & Tropical Medicine, Royal Holloway University, and the University of Birmingham, looked beyond the NHS and the UK to address the wider international issues of medical tourism, examining how other countries are addressing this global phenomenon. They describe 'three myths' of medical tourism: the rise and rise of medical tourism; enormous global market opportunities; and that national governments have a role to play in stimulating the medical tourism sector through high-tech investment.


The researchers say these three widely-held assumptions cannot be backed up with hard evidence but are encouraged by interested parties such as healthcare providers, and brokers and facilitators who act as intermediaries between providers and patients. Lead author Dr Neil Lunt, from the University of York's Department of Social Policy and Social Work, said: "In the past decade or so, the global health policy literature and consultancy reports have been awash with speculations about patient mobility, with an emphasis on how ever greater numbers of patients are travelling across national jurisdictions to receive medical treatments."
Advertisement
"Yet authoritative data on numbers and flows of medical tourists between nations and continents is tremendously difficult to identify." What data does exist is generally provided by stakeholders with a vested interest rather than by independent research institutions. What is clear is that there exists no credible authoritative data at the global level, which is why we are urging caution to governments and other decision-makers who see medical tourism as a lucrative source of additional revenue. "Our message is: be wary of being dazzled by the lure of global health markets, and of chasing markets that do not exist."

"The paper was informed by a research project funded by the National Institute for Health Research Health Services and Delivery Research (NIHR HS&DR) Programme." It uses the findings from a two-year study into the impact of medical tourism on the UK's health system to make broader observations which the researchers believe apply to medical tourism globally. The report authors argue that in terms of medical tourism, a level playing field does not necessarily exist and they challenge the view of open and global markets. Networks, history and relationships, they say, may explain a great deal about the success of particular destinations. Dr Daniel Horsfall, from York's Department of Social Policy and Social Work, who carried out the statistical analysis for the study, said: "We found that historical flows between different countries and cultural relations account for a great deal of the trade. The destinations of medical tourists are typically based on geo-political factors, such as colonialism and existing trade patterns.

For example, you find that medical tourists from the Middle East typically go to Germany and the UK due to existing ties, while Hungary attracts medical tourists from Western Europe owing to its proximity. "The team of researchers has already published an Organisation for Economic Co-operation and Development (OECD) report on their findings, while Dr Lunt has delivered their message of caution to the World Health Organisation and the Portuguese and Ukraine Governments." On 6 November, Dr Lunt will be a speaker at a professional networking event organised by the magazine Scientific American which will address trends in medical tourism.

Rich Russians Visit Finland for Medical Tourism
Valentina Micheeva looks a decade younger than her 80 years, sitting on a hospital bed with a ......

Medical Tourism Rise Shows Impact on Cosmetic Surgery Market
Would you consider traveling to India or Mexico for a less-expensive rhinoplasty or breast ......

Conference on Medical Tourism To be Hosted By Hyderabad
Eight countries will take part in the Indian medical tourism conference here next month. The ......