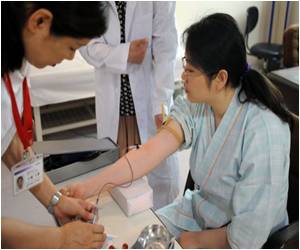 Would you consider traveling to India or Mexico for a less-expensive rhinoplasty or breast augmentation procedure?

Many Americans are doing just that and the trend is having an impact on the market for cosmetic plastic surgery. This is according to an article in Plastic and Reconstructive SurgeryGlobal Open®, the official open-access medical journal of the American Society of Plastic Surgeons(ASPS).

The paper, by ASPS Member Surgeon Dr. Kevin C. Chung and Lauren E. Franzblau of the University of Michigan, discusses "the rise and transformation of the medical tourism industry, foreign and domestic forces that influence cosmetic surgical tourism, and the pros and cons for all involved parties." Chung and Franzblau write, "The rapid globalization of the industry also marks a fundamental shift in the world's perception of elective procedures: patients are becoming consumers and these medical services are being viewed as commodities."


More 'Medical Tourists' Are Traveling for Cosmetic Surgery... Traveling for medical care is nothing newbut in the past, people were more likely to travel from poor countries to obtain higher-quality care in wealthier countries. Today, prompted by the ease and relatively low costs of travel, more patients from the United States and other western countries are traveling to the developing world to access less-costly medical and surgical procedures. Because cosmetic plastic surgery procedures aren't covered by insurance, they make up a major part of the burgeoning medical tourism market.
Advertisement
Figures vary, but there's a consensus that medical tourism is growing rapidly: India alone may have more than one million medical tourists per year. Other countries with growing medical tourism industries include Mexico, Dubai, South Africa, Thailand and Singapore.

Prices for cosmetic surgery in these countries are typically much lower than at home. For example, a breast augmentation procedure that would cost $6,000 in the U.S. can be done for $2,200 in India. Even after the costs of airfare are factored in, having an operation overseas can be much less expensive.

In many countries, governments are working actively to foster their medical tourism industry. Some destinations even market procedures performed in resort-like settings, encouraging patients to combine a vacation with cosmetic surgery. Traveling abroad also lets patients recuperate privately, without anyone at home knowing that they've had plastic surgery.

...Raising Potential Concerns Over Safety and Quality The growth of medical tourism may have a significant impact on the cosmetic surgery market in the U.S., but also raises concerns over physical safety and legal protection. Although destination countries promote the quality and safety of their procedures and facilities, there is often little evidence to support these claims.

"Because the practice of medical travel does not appear to be going away in the foreseeable future, plastic surgeons must understand the international market and learn to compete in it," Chung and Franzblau write. Since U.S. surgeons may find it hard to compete on price, effective strategies may include emphasizing superior quality and safety of care, or developing "niche markets" of procedures that can be profitably performed at home.

The authors emphasize that medical tourism "is not purely good or bad"neither for patients nor the countries involved. Patients may be drawn by lower costs, but must consider the potential risks of undergoing surgery in a foreign country, as well as traveling after surgery. ASPS provides information for patients considering travel abroad for cosmetic surgery, including risks and follow-up care.

For the U.S. and other developed countries, medical tourism means fewer patients and less revenuebut may also bring increased opportunities for collaboration with rapidly modernizing countries in other parts of the world. Chung and Franzblau conclude, "To retain patients and be competitive in a global market, U.S. plastic surgery must be vigilant of the changes in medical tourism and must adapt accordingly."

Cheap and Effective Indian Medical Tourism is an Attractive Option for Americans
A visit to India for medical tourism is increasingly drawing huge number of Americans as this ......

Cuba Looks to Medical Tourism as a Source of Income
Diego Maradona, the Football legend blazed a path for Cuba to become a medical tourism destination ....

Rich Russians Visit Finland for Medical Tourism
Valentina Micheeva looks a decade younger than her 80 years, sitting on a hospital bed with a ......

Conference on Medical Tourism To be Hosted By Hyderabad
Eight countries will take part in the Indian medical tourism conference here next month. The ......