Mayan Expert Says World Will Not End in 2012 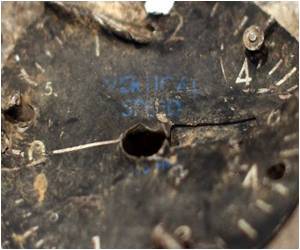 Year 2012 will not mark the end of the world but just be a start of a new calendar, says Mayan timekeeper.

Many consider it a joke although others are scared we might never live to see next year thanks to the Mayan calendar's 'apocalyptic' prediction, the Daily Mail reported.

Experts are studying the first Mayan hieroglyphic script dealing with the life of a high priest, his blood sacrifices and acts of penance, Mexico's National Institute of Anthropology
Advertisement

But Mayan expert Leonzo Barreno, of Saskatchewan, Canada, has asserted that the 'apocalypse' concept is a false interpretation of the Long Count calendar.


The University of Regina journalism professor said Mayan elders told him that December 21 this year simply marks the beginning of a new calendar.

A team of scientists has debunked six myths about the world supposedly ending in 2012 according to an ancient Mayan prophecy.
Advertisement
Barreno, who immigrated to Canada from Guatemala 23 years ago, was trained by Mayan elders to read the calendars.

"There are two sides to the story," he told CBC News.

"The one that we know is this apocalyptic meaning that has been given to the Long Count."The other side of the story is the Mayan side, which you rarely see on media articles, because they never interview my own people."

He revealed that Mayan people are featured for just five seconds of the film '2012', starring John Cusack, which is somewhat based on their 'predictions'.

"When I grew up during my training I never hear the word "end of the world" from the elders or spiritual leaders." Mr Barreno added.

"For them it's a joyous event, not an apocalyptic event. What is coming is the end of a calendar and the beginning of a new one."

Barreno said that it is 'cyclical'.

"This has happened before. According to the elders it's the fifth time it's happened," he added.