Former World tennis Number One Martina Hingis has admitted to testing positive for cocaine at Wimbledon, as she announced that was quitting the sport permanently.

The ex-world No1, 27, however, angrily denied taking the Class A drug at this year's tournament.

But she told a press conference that the pressure of the investigation had forced her to quit tennis.


Hingis branded her position "horrendous"  insisting: "My only performance enhancer is the love of the game.

"When I was informed I had failed the test following my defeat at Wimbledon I was shocked and appalled. I have no desire to spend the next seven years fighting doping officials. I'm frustrated and angry because I believe I'm 100 per cent innocent," The Sun quoted her, as saying.

Swiss Hingis, who has earned over 10 million pounds in her career, was knocked out in the third round at Wimbledon by US star Laura Granville.

Her personal life was in turmoil at the time as she had just been dumped by Czech player Radek Stepanek.

In 2001 she backed a drive to educate youngsters about the dangers of drug abuse. 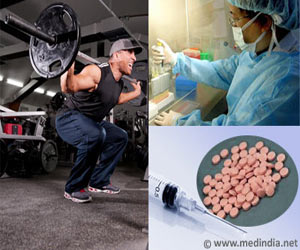