Many Americans See Doctors Who are Paid by Drug Companies 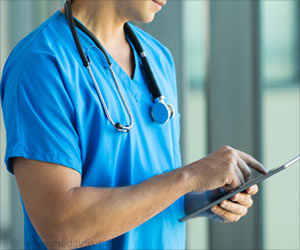 Drug companies have long known that even small gifts to physicians can be influential, and research validates the notion that they tend to induce feelings of reciprocity.

A majority of patients in the United States visited a doctor who received payments from drug companies, but most have no clue about it, according to a new Drexel University study.

US Witnesses Spike in Health-Related Studies Funded by Drug Companies

Research studies funded by drug companies have risen by 43 percent in the last decade, while US government-funded studies have dropped 27 percent.
Advertisement
‘A majority of patients in the United States visited a doctor who received payments from drug companies, but most have no clue about it.’

About 65% of those surveyed as a part of the study by Genevieve Pham-Kanter, an assistant professor in Drexel's Dornsife School of Public Health, visited a doctor within the last year who had received payments or gifts from pharmaceutical or medical device companies. What's more: Only 5% of those surveyed knew that their doctor had received such payments.


"These findings tell us that if you thought that your doctor was not receiving any money from industry, you're most likely mistaken," Pham-Kanter said. "Patients should be aware of the incentives that their physicians face that may lead them to not always act in their patients' best interest. And the more informed patients are about their providers and options for care, the better decisions they can make."

An investigation carried out by a non-profit group has revealed that more than a dozen doctors fail to accurately report their earnings from drug companies
Advertisement
Pham-Kanter's study, published in the Journal of General Internal Medicine and done jointly with collaborators at Stanford and Harvard universities, was funded by the Greenwall Foundation. The study's investigators conducted a nationally representative survey of more than 3,500 adults and linked their doctors to data from Open Payments, a government website that reports pharmaceutical and device industry payments to physicians.

Open Payments was set up as part of the Physician Payment Sunshine Act, a provision of the Affordable Care Act (Obamacare), in the effort to make industry payment information publicly available and transparent. Pham-Kanter's survey was conducted in September and October 2014, shortly before Open Payments first began releasing data.

However, payment data were already available in "Sunshine" states like Minnesota, Massachusetts and Vermont, on the journalism site Pro Publica, and through disclosures made by pharmaceutical and medical device firms themselves (who had been required to release payment information as a part of legal settlements or did so voluntarily).

The amount received by physicians varied greatly, but the differences didn't give the appearance of being random. In Open Payments, all physicians averaged $193 in payments and gifts. But when measuring only the doctors visited by participants in the survey, the median payment amount over the last year was $510, more than two-and-a-half times the U.S. average.

"We may be lulled into thinking this isn't a big deal because the average payment amount across all doctors is low," Pham-Kanter said. "But that obscures the fact that most people are seeing doctors who receive the largest payments."

With so few people even knowing that information on their doctors and payments is available - just 12% in the study - it's interesting to note the differences in who does seem to know about them.

In the three Sunshine states - where transparent doctor payment information has been available for some time - people were about half as likely to see physicians who'd received payments as patients in other states (34% to 66%). The authors surmised that even if patients don't know about the information, physicians could be more likely to shy away from taking industry payments if they know the information is public.

"Transparency can act as a deterrent for doctors to refrain from behaviors that reflect badly on them and are also not good for their patients," Pham-Kanter said.

But why are so few people aware of payment information?

"Some of it may be related to how easy or difficult it is to access this information," Pham-Kanter said.

For that reason, Pham-Kanter and her research team feel that it's integral to bring payment numbers forward to places where people already seek information about their doctors, particularly on digital platforms.

However, since Open Payments is a part of the Affordable Care Act, and the law's future is currently in limbo due to a potential Congressional repeal, there is concern over whether transparently tracking industry payments will continue.

"If the Sunshine Act, as part of the Affordable Care Act, is repealed, it will certainly move us backwards," Pham-Kanter said. "There has been a lot of useful information - for patients, policymakers and researchers - that has come out about the scope and scale of these payments and how they might influence doctors, and I'm sure there's much more to learn."

Notice Sent To 10 Doctors for Taking Bribes From Drug Companies

Health Benefits of Sesame Seeds
News Archive
News Resource
Advertisement
News Category
Milestone In Voluntary Blood Donation Achieved Samsung Reinvents Toilet for the Poor Which is a Better Form of Exercise: Daily or Weekly? First Phase of Foot-and-Mouth Disease Vaccination Shocking News: Polio Cases Return After a Decade in the US
More News
Sign up for Wellness Consult a Doctor Sign up for Selfcare