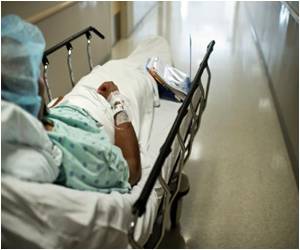 Tilak Jain, a 59-year-old man suffering several blockages in his coronary arteries, due to which he was unable to walk, successfully underwent natural bypass surgery at a city hospital.

Problems for Jain, a resident of Rohtak in Haryana, increased after he felt discomfort and uneasiness while performing physical activity, including walking. His initial visit to the doctor led to the identification of blockages in three of his coronary arteries.

Following the medical experts' advice, Jain underwent angiography and a bypass surgery. However, it did not give him much relief. On his subsequent visit to the doctor, he came to know that his bypass surgery had failed and had extended the blockages to almost 100%.


"The doctors again performed certain tests and found out that all my grafts were blocked to the extent of 100%. In short, my bypass surgery had failed," he said. "Therefore, within a span of four months of my surgery, I was advised to undergo a multiple stent angioplasty."
Advertisement
Jain had almost given up on his medical condition when one of his family friends suggested that he consult Bimal Chhajer of the Delhi-based Science and Art of Living (SAAOL) Heart Care Centre. After being admitted to the centre, he had to undergo natural bypass surgery and bio-chemical angioplasty. He was then asked to join the hospitals' rehabilitation centre. His health started improving and made him capable of performing physical activity.

"After I met Bimal, I was really convinced by his advice and the way he handled my case. Later, as I joined SAAOL's comprehensive cardiac rehabilitation and reversal program, I felt better than I had in years," Jain said. Jain, who could barely walk for two minutes, could now walk a mile-and-a-half twice a day without any kind of difficulty.

Commenting on the issue, Chhajer said: "When Tilak Jain came to us he was in bad shape. More than his health issue, he was mentally and psychologically shattered."

SAAOL was established in 1995 and is the most comprehensive cardiac rehabilitation and reversal program in India. Describing the natural bypass surgery, Chhajer said: "In natural bypass surgery, machines are used to artificially increase the flow of blood in the coronary channels by directly increasing the pressure at the root of the coronary arteries. A one-hour treatment with this machine can start opening this parallel artery capillary system by supplying more blood to the heart muscles. This treatment has to be continued for about 30 sessions. China has almost replaced bypass surgery and angioplasty with the natural method but Indian hospitals don't find the former to be financially viable and prefer the lucrative angioplasty," he said.

Source: IANS
Advertisement
<< Ban on Blood Donations from Gay Men 'May' be Justified: Euro...
Treatment For 4,000 AIDS Patients Uncertain As Hospital In J... >>

Doctor Uses Titanium Plates for Bypass Surgery in Maharashtra
Dr. Rahul Kaiche states that he becomes the first surgeon in Maharashtra to use the technique of ......

Adding Heart Valve Repair to Bypass Surgery in Patients With Coronary Heart Disease
The addition of mitral valve (MV) repair (a valve of the heart) to coronary artery bypass grafting ....

Mortality Risk Similar for Bypass Surgery and Latest Drug-Coated Stents
The risk of death is same in patients that received newer drug-coated stents, which keep blocked ......