Ban on Blood Donations from Gay Men 'May' be Justified: European Court of Justice 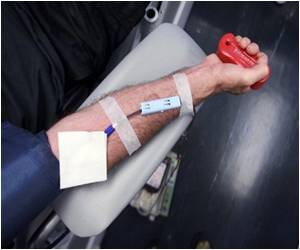 The European Union's top court ruled that governments can ban homosexual blood donors to combat HIV but only on condition they show it is still the best way to limit health risks.

The court ruled on the case of a homosexual man in the eastern French city of Strasbourg who protested against a ban on his blood being used in 2009.

The European Court of Justice said the French ban, dating from 1983, could violate the European Union principle "of non-discrimination on the basis of sexual orientation." But the court ruled that a ban on blood donations from gay men "may be justified, having regard to the situation prevailing in the Member State concerned. It must be established whether those persons are at a high risk of acquiring severe infectious diseases, such as HIV, and that there are no effective detection techniques or less onerous methods for ensuring a high level of health protection for recipients," it said.


If new testing regimes can ensure that all blood donations are free of infectious diseases, then such a prohibition may not be necessary, said the top court for the 28-nation EU. It was now up to the French court to review the situation in light of the latest medical findings, it said.
Advertisement
France barred homosexual blood donors in 1983 as the world scrambled to find a way to halt the spread of HIV/AIDS which has claimed some 39 million victims since then. Advances in detection and treatment have helped bring the disease under control and in April, the French government proposed to end a ban which many think stigmatizes the homosexual community and should be reconsidered.

Britain ended its donor ban in 2011 and the United States followed late last year, providing that the persons involved had not had sexual relations for a year.

Source: AFP
Advertisement
<< Find Out What to Eat to Increase Overall Health and General ...
Man With Blockages in Coronary Arteries Successfully Undergo... >>

Gay and Lesbian Applicants Not Favored for Jobs in Both Private, Public Sector
Homosexual applicants in the UK are 5% less likely to be offered a job interview than heterosexual ....

Daily Pill That Can Reduce HIV Risk by 86 Percent Among Gay Men
Scientists have discovered a daily pill which can reduce the risk of contracting HIV by 86 percent....

Beijing Court Raps Clinic Over 'Gay Conversion' Therapy
A Beijing court ordered a psychological clinic to pay compensation to a homosexual man for ......

Panel of Experts Fail to Lift Law Banning Gay Men Donating Blood
Lifetime ban on gay men donating blood is not yet lifted even after a panel of experts convened by ....