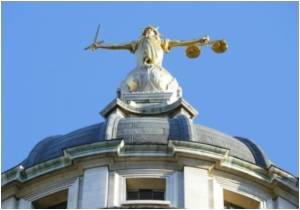 Malaysia's first female Islamic court judges will have the same powers as their male counterparts, an official said Monday, dispelling concerns their role would be curtailed.

The government announced the appointment of two women to the Sharia bench last month as proof of its commitment to transforming the Islamic legal system, which runs parallel to civil courts in the Muslim-majority country.

But a committee of 20 senior Islamic judges then met to determine their exact role, with one top judge saying they would not be allowed to rule on criminal or divorce cases.


"The matter was fully deliberated by the committee of chief Sharia court judges of Malaysia and it decided that the women enjoy the same powers as the men judges," said Sharia Judiciary department official Mohamad Na'im Mokhtar.

Divorces Have Gone Up in Malaysia Due to Unfaithful Wives

In the last ten years the number of divorce cases in Malaysia has gone up by 20% due to unfaithful wives.
Advertisement
He said that under legislation governing the Islamic justice system in Malaysia, there was no provision to differentiate between men and women when appointing judges.

"The female judges can hear all criminal or civil cases that fall under the Islamic court's jurisdiction," Mohamad Na'im told AFP, adding they would also rule on divorce cases.

Rights groups have complained that women face discrimination in Islamic divorce proceedings, inheritance and child custody cases, and that courts are slow to penalise husbands who fail to pay alimony.

Mohamad Na'im said judge Rafidah Abdul Razak, 39, who has been appointed to the Kuala Lumpur Sharia court bench, began her duties on August 2 while Suraya Ramli, 31, will start at the Sharia court in the administrative capital of Putrajaya on August 12.

It is dusk and the revelry has just begun for 29-year-old Asyikin, one of the many young Malay Muslims who do not want to miss out on the fun.
Advertisement
Advertisement