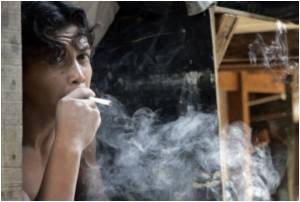 It is dusk and the revelry has just begun for 29-year-old Asyikin, one of the many young Malay Muslims who do not want to miss out on the fun in Kuala Lumpur's happening Bukit Bintang nightlife district.

A morality crackdown has seen Malaysian Islamic authorities hand out caning and jail sentences for illicit drinking and sex, and launch raids on homes and clubs in the glare of media flashlights.


But for Asyikin, a petite and attractive business executive dressed in a knee-length skirt and strappy high heels, the campaign hasn't dampened her party mood.


"I couldn't care less, I'm partying. Religion to me is a personal thing," she says as she sips a glass of whisky and greets other regulars at the bars and restaurants that line the narrow streets.

Malays, who make up 60 percent of the population, are forbidden to have sex out of wedlock or drink alcohol under the Sharia legal system which runs in parallel to the civil courts in Malaysia.

Kartika's sentence was commuted to community service after an uproar from rights groups, but three other women were quietly caned under Islamic laws in February for having sex out of wedlock.

Despite the highly publicised cases, every weekend Kuala Lumpur's top clubs are packed with fashionably dressed youngsters including Muslim Malays -- many offspring of the nation's elite -- socialising and drinking openly.

"I'm a bit more wary after all these cases but it doesn't really affect my mood to go out and party," says Muaz Omar, a civil servant who goes to pubs with friends to watch live band performances.

"People who drink still do go out because even private parties at home are subjected to raids, there is no longer a safe haven," says the 35-year-old, who adds that he does not drink himself.

"The religious authorities should not be a moral police. In the religion, if it's a private matter, then it should be a private thing. There must be a rethinking of the way they act."

The crackdown has fuelled debate over rising "Islamisation" of the multi-ethnic nation, and rights groups have urged religious authorities to stop acting as morality police.

"We don't agree with the way they go on, Islam is not about snooping around catching people committing sin," says Ratna Osman, legal manager from leading civil society group Sisters In Islam (SIS).

Ratna blasted the raids as a form of rights violation and an intrusion into people's privacy.

"Unless that person is a drunkard and started going around committing crime or causing accidents, then yes, you can punish them because they endanger people and their own life," she says.

"But if the person commits a sin in a private domain then it is between him and God. If as a Muslim you feel compelled to tell him, it should be done in a compassionate way or to educate them."

Religious authorities defend their actions, saying they are merely carrying out their duty to ensure fellow Muslims stay away from sin.

"We don't accept any behaviour that is not condoned by Islam," Che Mat Che Ali, the head of the Islamic affairs department in Kuala Lumpur, tells AFP.

"Drinking is a big sin. If you are drunk, you are not in the right state of mind, you yourself will suffer and others may suffer too."

"It's not just something between the person and God, we have a duty to advise them."

The department has rounded up nearly 500 individuals in Kuala Lumpur so far this year for offences including drinking and "khalwat", or "close proximity" which bars Muslims from being alone with a member of the opposite sex.

Ratna warns that if the crackdown continues it will hurt Malaysia's image as a moderate and progressive Muslim nation.

"The outside world looks at us as a country which is leaning towards the Talibanisation of the Muslim community in Malaysia," she says.

But many Malays are unmoved by the ideological debate.

"If you ask me whether I am afraid to hang out with my friends like this after all these cases, the answer is no," says Asyikin, who like many of Malaysia's most privileged youngsters went to university abroad -- in Britain.

"It's a choice of lifestyle. Some people, they really follow the book (religious teachings) and for some, you are born a Muslim, you can't get out of it," she says as she clinks glasses with a friend. 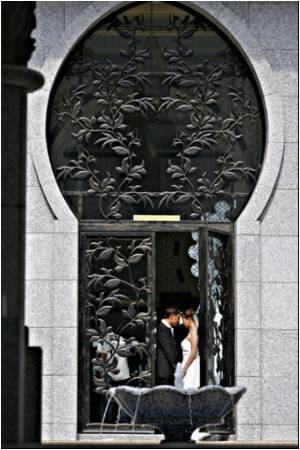 Polygamy Causes Unhappy Families, States Malaysian Study
Polygamy imposes a severe financial burden on Malaysian men who are hard-pressed to meet all the needs of all their wives and children and the result is unhappy families, states a landmark study.
READ MORE