Making Friends With Friends' Friends is Beneficial Among Four-Legged Predators 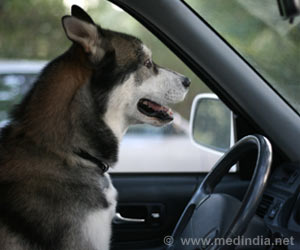 As per the National Institute for Mathematical and Biological Synthesis (NIMBioS) study, it's best to make friends with friends of friends, which by the way, even the spotted hyenas know about.

The NIMBioS study that considers the structural factors affecting the social network of these four-legged predators found that the spotted hyena seems to know the benefits of this type of social bonding instinctively.

Researchers found that cohesive clustering of the kind where an individual bonds with friends of friends, something scientists call "triadic closure," was the most consistent factor influencing the long-term dynamics of the social structure of spotted hyenas.


Individual traits, such as sex and social rank, and environmental effects, such as the amount of rainfall and the abundance of prey, also matter, but the ability of individuals to form and maintain social bonds in triads was the key, as per the study.

Dolphins Have Highly Complex and Dynamic Networks Of Friends, Communities

It gives important insight and knowledge on how dolphins organize themselves, who they interact with and who they avoid, as well as when and where.
Advertisement
Lead author Amiyaal Ilany said that cohesive clusters can facilitate efficient cooperation and hence maximize fitness, and so the study shows that hyenas exploit this advantage. Interestingly, clustering is something done in human societies, from hunter-gatherers to Facebook users.

Hyenas, which can live up to 22 years, typically live in large, stable groups known as clans, which can comprise more than 100 individuals. Socially sophisticated animals, these predators can discriminate maternal and paternal kin from unrelated hyenas and are selective in their social choices, tending to not form bonds with every hyena in the clan, rather preferring the friends of their friends, the study found.

The study found that hyenas follow a complex set of rules when making social decisions. Males follow rigid rules in forming bonds, whereas females tend to change their preferences over time. For example, a female might care about social rank at one time, but then later choose based on rainfall amounts.

Knowing why and how these animals form lasting relationships can help scientists better understand cooperation patterns and the consequences of sociality in other species.

The study appears in the journal Ecology Letters.

Gossiping With Your Friends is Actually Good for Your Health

A secret can preoccupy your mind and when it becomes a burden, it saps you out of all your personal, intellectual and motivational resources.
Advertisement
Advertisement
This site uses cookies to deliver our services.By using our site, you acknowledge that you have read and understand our Cookie Policy, Privacy Policy, and our Terms of Use  Ok, Got it. Close
×