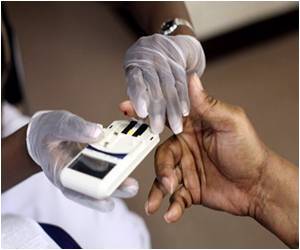 People with high blood sugar levels are more likely to have memory problems, reveals study published in Neurology. The study involved 141 people with an average age of 63 who did not have diabetes or pre-diabetes, which is also called impaired glucose tolerance. People who were overweight, drank more than three-and-a-half servings of alcohol per day, and those who had memory and thinking impairment were not included in the study.

The participants'' memory skills were tested, along with their blood glucose, or sugar, levels. Participants also had brain scans to measure the size of the hippocampus area of the brain, which plays an important role in memory.


"These results suggest that even for people within the normal range of blood sugar, lowering their blood sugar levels could be a promising strategy for preventing memory problems and cognitive decline as they age," said study author Agnes Floel, MD, of Charite University Medicine in Berlin, Germany. "Strategies such as lowering calorie intake and increasing physical activity should be tested."
Advertisement
The study was supported by the German Research Foundation, the Else Kraner-Fresenius Foundation and the German Ministry of Education and Research.

The American Academy of Neurology, an association of more than 26,000 neurologists and neuroscience professionals, is dedicated to promoting the highest quality patient-centered neurologic care. A neurologist is a doctor with specialized training in diagnosing, treating and managing disorders of the brain and nervous system such as Alzheimer''s disease, stroke, migraine, multiple sclerosis, brain injury, Parkinson''s disease and epilepsy.

Decoding HbA1c Test for Blood Sugar
The HbA1c assay is the gold-standard measurement of chronic glycemia and measures the amount of ......

The Better Flour - Refined Or Whole Wheat Flour!
Whole wheat flour is rapidly gaining exposure for its rich nutritional value and being considered he...