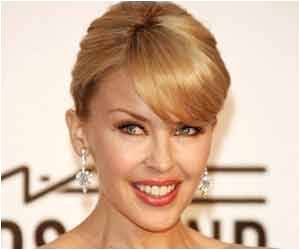 Kylie Minogue is still taking medicines for breast cancer-five years after her diagnosis- to ensure the disease doesn't return.

And the pop star has admitted that she will be relieved when she will quit her treatment next year.

The Australian pop star underwent surgery and chemotherapy when she was diagnosed with breast cancer in 2005.


The singer is hoping doctors will give her a five-year all-clear soon and says she is preparing herself to "adjust" to a life without medication.

Breast cancer is a kind of cancer that develops from breast cells and affects mainly women worldwide and sometimes men. Read Medindia's top facts on Breast cancer.
Advertisement
"Trust me, I have been in floods of tears at my oncologist, saying, 'I can't stand it, get me off this stuff' And then he will become very stern and say, 'we have to cure you so you have to carry on with it because it works'," News.com.au quoted her as telling Britain's Mail.

"I'll finish early next year and that will be amazing, but I've also heard you can feel quite insecure when you first come off it because you have relied on this medication for so long. It's going to be a big adjustment," she added.

Excess tearing may cause a sensation of watery eyes or result in tears falling down the cheek. Obstruction of ...
This site uses cookies to deliver our services.By using our site, you acknowledge that you have read and understand our Cookie Policy, Privacy Policy, and our Terms of Use  Ok, Got it. Close
×