Japan Shows The Way To Cope With Mega-disaster 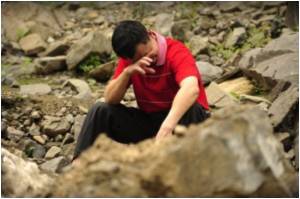 For Japan's 128 million people living with the threat of natural disasters is just a part of life.

The memory of past calamities has made the people and their government better prepared for disaster than most other countries.

Even so, most people realise there are limits to preparing for a mega-disaster such as the massive quake and tsunami that hit on Friday.


But zealous safety preparations, regular drills and, crucially, the country's wealth, which allows for expensive quake-proofing of buildings and infrastructure, have saved thousands of lives in recent decades, experts say.

The Tsunami is a series of large ocean waves, caused by an underwater activity, like an earthquake, volcanic eruption or a landslide, which displaces a large body of water
Advertisement
"If there is any place in the world ready for a disaster of the scale and scope of this historic calamity, it is Japan," said Stacey White, senior research consultant at the Centre for Strategic and International Studies.

The catastrophe showed just how many lives can be saved by a reliable warning network, state-of-the-art infrastructure and a strong government response, she said.

Toshitaka Katada, a professor at Gunma University's Disaster Social Engineering Laboratory, said Japan had proved that lives could be saved.

"In the past Japan used to be just like today's Southeast Asian countries when disaster struck," he said. "Thousands of people died every year until 50 years ago."

Since a typhoon in 1959 killed more than 5,000 people, death tolls have fallen into the hundreds or dozens during most disasters -- with the exception of the 1995 Kobe earthquake, which killed more then 6,400 people -- he said.

"This is because the government has made protecting its citizens from disaster a state responsibility," he said, in part by building infrastructure such as river dykes and retaining walls against floods and landslides.

"Local administrative bodies are trained to quickly issue alerts and evacuation orders and distribute food and blankets at shelters."

Most Japanese know the drill: keep a backpack near the door, filled with bottled water, dried or canned food, a first-aid kit, cash, clothes, a radio, a torch and lots of spare batteries.

People know they should try to hide under a solid table to guard against falling objects, to quickly turn off the gas mains, and to keep a door ajar lest a tremor jams it shut and traps them inside a crumbling house.

Common advice is to keep a spare pair of shoes under the bed, and a bicycle outside, to navigate rooms and roads littered with broken glass and debris.

Many people subscribe to mobile phone quake alerts, schoolchildren have padded and flame retardant headwear under their desks, and people can prepare for the real thing in a high-tech earthquake simulator.

Earthquake kits are sold in department stores, and people are urged to supplement them with key personal items -- spare glasses and special medications, or extra nappies and food for the baby.

Families are told to work out emergency meeting spots and times for the very worst cases -- for example, if many buildings have collapsed and are on fire, and mobile phone systems have broken down.

Many more lives are saved when disaster strikes in Japan than in many other nations simply because it is a wealthier country.

Nuclear power plants and bullet trains are designed to automatically shut down when the earth rumbles, and many buildings have been quake-proofed with steel and reinforced concrete at great cost in recent decades.

"Japan has the most advanced early warning system in the world," said Hiroshi Inoue of the National Research Institute for Earth Science and Disaster Prevention. "But it's not perfect, especially for those near the epicentre."

Good governance and the rule of law are also seen as crucial.

A school or hospital is less likely to collapse if it is well built and has not been weakened because a corrupt official has used shoddy materials to syphon off money, as has happened in other countries in the past.

Many lessons were learned from the Kobe quake, in which buildings were flattened, highway overpasses and train tracks uprooted and residents buried.

The human and economic toll highlighted a lack of preparedness and served as a wake-up call for authorities to better ready citizens for quakes in a country hit by an average of 1,500 tremors of varying strength every year.

"We have learned a lot from the Kobe quake," said Nomura Research analyst Satoru Saito. "As a result, Japan's quake-proofing technology has developed dramatically. Japan is undoubtedly leading the world in that technology."

In the aftermath of the Kobe disaster, Japan stepped up quake response drills, held regularly at schools and workplaces.

Under the law, skyscrapers, factories, power stations, bridges and railway stations must be built or retrofitted to withstand stronger tremors, so that a magnitude-five quake would now normally cause little damage.

In the same year Tokyo also unveiled what was billed as the world's first wide-scale quake alert system, designed to give public utilities and citizens a few seconds advance notice before a tremor reaches them.

The warning system, operated by the Meteorological Agency, works by detecting primary waves, which spread from the epicentre and travel faster than the more violent secondary or shear waves.

Alarms are set off when primary waves of a certain intensity are detected ahead of the shear waves. Public broadcaster NHK relays the alerts almost instantly to its television and radio audiences.

Citizens can have as much as 30 seconds warning to dive under a table, turn off the gas, or put on a helmet.

However, no amount of preparations can avert the inevitable damage and loss of life of large-scale natural disasters such as Friday's quake, said White, from the Centre for Strategic and International Studies.

"It is simply impossible for any country -- no matter its focus on preparedness -- to predict and plan for all of the potential consequences of a natural disaster."

The Indonesian earthquake that measured 6.2 on Richter scale caused massive number of casualties and destruction of property. What next follows will be diseases
Advertisement
<< Substance Abuse Among Girls Linked With the Proportion of M...
Helpline for Soldiers Who Served in Middle-East >>

A-Z Drug Brands in India Pregnancy Confirmation Calculator Diaphragmatic Hernia Find a Hospital Post-Nasal Drip Drug Side Effects Calculator Hearing Loss Calculator Vent Forte (Theophylline) Sanatogen Accident and Trauma Care
This site uses cookies to deliver our services.By using our site, you acknowledge that you have read and understand our Cookie Policy, Privacy Policy, and our Terms of Use  Ok, Got it. Close
×