Infection During Delivery Increases Risk of Stroke After Delivery 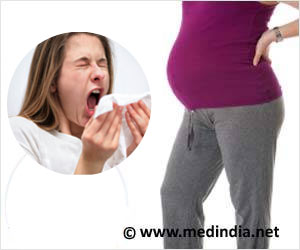 Women having an infection during delivery had an increased risk of stroke after delivery, according to preliminary research to be presented in Honolulu at the American Stroke Association's International Stroke Conference 2019, a world premier meeting for researchers and clinicians dedicated to the science and treatment of cerebrovascular disease.

"Even though it is rare, maternal stroke has been increasing in the United States," said Eliza C. Miller, M.D., study lead author and assistant professor of neurology in the Division of Stroke and Cerebrovascular Disease at Columbia University Irving Medical Center in New York. "Women who have infections at the time of delivery should be counseled about the signs and symptoms of stroke, such as severe headache, vision changes, speech difficulty or sudden weakness, and the need to seek immediate medical attention if they experience these symptoms."


Researchers examined more than 3.5 million delivery hospitalizations from the 2013 Healthcare Cost and Utilization Project National Readmissions Database, which compiles information on hospital care throughout the United States. Out of 79,656 women who were readmitted to the hospital within one month after delivery, 225 were readmitted for stroke.

"These results reflect the diversity of the United States and are widely generalizable to the U.S. population of women of childbearing age," Miller said. "At the same time, the number of stroke readmissions was small, so it's important not to draw the conclusion that everyone who has an infection is going to have a stroke. The study shows an association but does not prove that the infection caused the stroke."

Information on hospital care could not provide details about other potential stroke risks, researchers noted.

Earlier work by these researchers linked infections, especially of the bladder, to stroke risk during delivery hospitalization and among women with pregnancy-related high blood pressure, or preeclampsia. Since the majority of pregnancy-related strokes occur after delivery, often after women are sent home from the hospital, the current study focused on the period after delivery.

A stroke occurs when a blood vessel to the brain either becomes blocked by a blood clot or bursts, preventing blood and oxygen from reaching the brain. Without immediate treatment to restore blood flow, the affected part of the brain dies. In the United States, stroke is the fifth-leading cause of death and a primary cause of long-term disability. Women are at higher lifetime risk than men, and pregnancy is an additional risk factor.

Stroke can cause permanent disability and it is important to recognize its early warning signs to stop its ...
This site uses cookies to deliver our services.By using our site, you acknowledge that you have read and understand our Cookie Policy, Privacy Policy, and our Terms of Use  Ok, Got it. Close
×