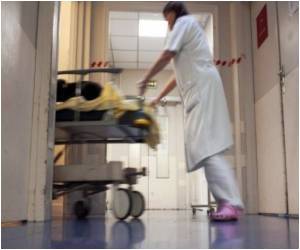 Siddhartha Mukherjee, a cancer specialist of Indian origin, and an assistant professor of medicine at Columbia University, has won the 2011 Pulitzer Prize in general non-fiction category.

The Emperor of All Maladies: A Biography of Cancer, is his first book where Mukherjee, 40, has narrated the struggle that has gone through the centuries with the dreaded disease. He has analyzed his subject with care and precision balancing it with an involvement that marks a good writer.

Having grown up in Delhi and studied at St Columba's School, Mukherjee moved to Oxford as a Rhodes scholar to train as a cellular biologist. His book has been listed in "The 10 Best Books of 2010" by The New York Times and the "Top 10 Non-fiction Books" by the Time magazine.


The Pulitzer award citation described The Emperor of All Maladies as "an elegant inquiry, at once clinical and personal, into the long history of an insidious disease that, despite treatment breakthroughs, still bedevils medical science". The Pulitzer website states that the book is a "magnificent, profoundly humane biography of cancer".

Mukherjee is the fourth person from India to have been awarded the coveted prize which carries a $10,000 award.

Top ten deadly facts about death itself. Find out the most common contributing causes of death in world and their numbers.
Advertisement