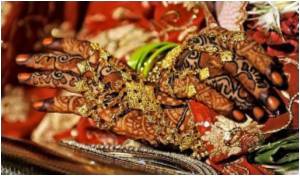 Newly wed women may do well to keep their cell phones at arm's distance, an Indian state has advised. Talking too much on their mobile phones for the first two years of marriage, the state believes, may provoke jealousy from their husbands.

The Punjab State Commission for Women (PSCW) issued an official advisory last week urging brides "to focus on their domestic life instead of having long conversations on mobile phones".

The market day in a tiny village in central Bulgaria young eligible bachelors from Roma community were there to find a suitable life partner at a traditional bride market .
Advertisement

Commission head Gurdev Kaur Sangha told AFP on Monday that the advice was designed to avoid suspicion between new couples as they adjust to their new life together.


"I found that almost 40 per cent of women consider seeking a divorce on the grounds that her husband and in-laws do not like her talking on mobile phones," said Sangha, 70, from Chandigarh, the state capital of Punjab.

Foreign brides and grooms will have to prove they can speak English before being allowed to move to the UK under new rules which come in to force on Monday.
Advertisement
"Most husbands said their wives are always on the phone and they doubted their character as they suspected them of talking to ex-boyfriends."

Sangha said she had seen a rise in complaints from women about domestic violence, sexual harassment and family discord due to arguments over brides being constantly on the phone.

The advisory said most newly-married women were actually ringing their parents not former boyfriends, but warned that passing on hourly updates about their new home was damaging.

It added that for at least two years brides should make "small adjustments" to help build a solid foundation for a marriage.

After 30 minutes of discussion it was settled. Le would become his bride. She and three other young Vietnamese women had been presented to two South Korean men by illegal marriage
Advertisement
Advertisement
This site uses cookies to deliver our services.By using our site, you acknowledge that you have read and understand our Cookie Policy, Privacy Policy, and our Terms of Use  Ok, Got it. Close
×