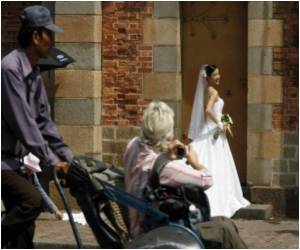 After 30 minutes of discussion it was settled. Le would become his bride.

She and three other young Vietnamese women had been presented to two South Korean men by illegal marriage brokers in Ho Chi Minh City.


The men made their choices and three days later Le, then 25, was married. After completing the paperwork, she left behind her poor life on a farm in southern Vietnam to live in South Korea.


Tens of thousands of other Vietnamese women have made the same journey.

"I left because of my family's economic difficulties," Le said.

Her parents earned less than two million dong (108 dollars) a month, and the husband gave the family five times that ahead of the marriage.

Then the money stopped, because Le's South Korean dream was cut short.

"I wasn't beaten but I was locked up all day long," said Le, who only gave her first name.

She spoke at an official Women's Union centre which counsels prospective brides of foreigners and helps those who return after encountering difficulty.

Le said her husband "was shouting all the time." She fled, was arrested, and sent back to Vietnam where she returned to her home in the Mekong Delta province of Vinh Long.

Le was one of about 40,000 Vietnamese women who married South Koreans between 2004 and 2009, according to researchers.

Increasing numbers of Southeast Asian men, particularly in Japan, South Korea and Taiwan, are marrying foreigners because fewer women in their homelands are willing to wed and take on a traditional role, a study by Daniele Belanger, of Canada's University of Western Ontario, said in late July.

South Korean television shows are popular in Vietnam, exposing the would-be brides to Korean culture -- and dreams of a better life.

Many of them are impoverished and poorly-educated residents of the rural Mekong Delta, where they are sought by illegal marriage brokers based in nearby Ho Chi Minh City, the former Saigon.

Tran Giang Linh, a Vietnamese researcher, studied families in the Delta province of Can Tho and found some brides were able to send home more than 3,000 dollars in one year -- roughly three times Vietnam's per capita income.

But activists say some foreign brides, coaxed by false promises or deceptive advertising, end up living with spouses who have few assets, are ill, alcoholic or just difficult.

Seoul said it would set up a task force to reform the international matchmaking business following the death in July of Vietnamese bride Thach Thi Hoang Ngoc, 20. She was allegedly beaten and stabbed to death by her 47-year-old husband eight days after she arrived in the southern port city of Busan.

The man told police he heard a "ghost's voice" urging him to kill his bride when they quarrelled. He had been treated 57 times for schizophrenia since July 2005, South Korean police said.

Ngoc and her husband met through a marriage agency, Vietnamese media reported.

Following her death, a Vietnamese government spokeswoman said clamping down on illegal marriage brokers would be difficult because "it is not easy to identify which marriage is unlawfully brokered".

An increasing number of marriages are arranged through networks of relatives, although Belanger said family members often have links to the brokers.

Matchmaking agencies in receiving and sending countries still play a major role but "family networks are taking on a greater importance," she said.

Taiwan used to be the destination of choice for Vietnamese women seeking foreign husbands. Some 100,000 Vietnamese wives have been registered there since the early 1990s, according to data gathered on the island.

The flow shifted to South Korea over the past several years, partly because Taiwan tightened its documentation process, said Hong-zen Wang, director of the Graduate Institute of Sociology at Taiwan's National Sun Yat-sen University.

"Now South Korea is the principle destination," he said.

Last year Taiwan also banned commercial international matchmaking services after a series of high-profile criminal cases, including one in which a man was jailed for enslaving and torturing his Vietnamese wife.

Although the problems which foreign brides can encounter abroad should not be minimised, arranged marriages do not systematically lead to abuse, Belanger said.

And the potential for a better life and the ability to send money home to the family draws five or six women a month to the Women's Union advisory centre in Vinh Long.

For Le, who has remarried to a Vietnamese man, the centre is still a source of support three years after her failed marriage to the Korean.

"It helps me to return to a normal life," she said. 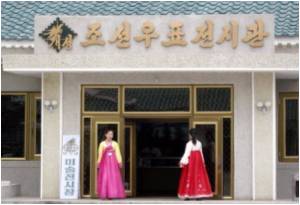 Brides Wanted: Chinese Website Holds Dating Contest For Millionaires to Find Their Matches
A Chinese dating agency is holding a competition to find the perfect match for its millionaire members.
READ MORE 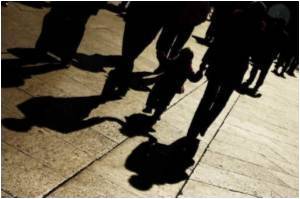 Asian Men Seeking Imported Brides as Local Women Become Financially Independent
Asian men from rich countries such as Japan and South Korea are increasingly seeking brides from poorer ones like Vietnam and the Philippines -- as economically liberated local women get picky.
READ MORE

Increasing Number of South Asian 'Slave Brides', Cause of Concern for British Authorities
British police and charities are deeply concerned about the growing number of South Asian "slave brides" who came to UK to get married, but were not treated sppropriately by their in-laws.
READ MORE