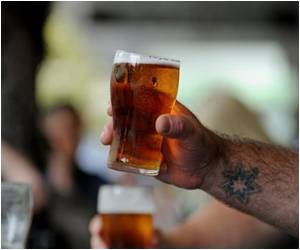 About 20 people from the Payradanga village consumed illicit liquor and soon started vomiting. Most of the affected people were admitted to a local hospital at nearby Chinsurah town.

Tonima Mandal, Chief Medical Officer of Hooghly district hospital, said that they would soon be examining the substance that has been consumed by the victims.


"So far eight people have been admitted here. Four of them have been transferred to a better facility. We have collected the samples. It may also be a case of food poisoning or something like that. We shall look into it," Madal said.

Alcohol consumption for recreation and relaxation has become a universal culture. But do you think you know enough about this drink - Take this quiz and find out.
Advertisement
The state authorities are investigating into the matter. Several local liquor shops suspected to be dealing in illicit liquor were raided by the police.

The state of West Bengal also witnessed a hooch tragedy in December last year when about 143 people died of illicit liquor consumption in the 24 Parganas district.

Thousands Of Litres Of Toxic Liquor Seized By Czech Inspectors