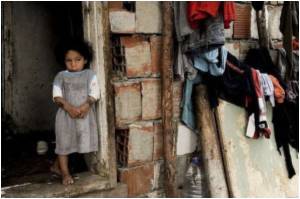 It is quite disheartening to note that more than 250,000 children fight as soldiers in 86 countries across the globe, despite an international ban forbidding children from participating in wars.

Two new studies explored how these children adjust after they return to their homes. Key to successful adaptation, the studies found, was the characteristics of the communities to which the children returned.

AIDS experts have come together in Vienna on Sunday for a six-day rally to discuss newer strategies in a battle which after nearly thirty tumultous years is showing great promise.
Advertisement

In the first study, researchers found that former child soldiers from Sierra Leone who lived in communities in which they felt accepted were less depressed and more confident, and children who were able to stay in school showed more positive attitudes and behaviors. However, these protective factors didn't fully counterbalance the war-related trauma the children experienced, a finding that has implications for public health.


In the second study, researchers found that the former child soldiers from Uganda who adapted the best were those who returned to less violent homes and communities. These children also had fewer feelings of survivor guilt, less motivation to seek revenge, better socioeconomic situations, and more perceived spiritual support.

Nintendo's Wii Fit could successfully help improve balance for a soldier with a traumatic brain injury, a problem many soldiers are facing after serving in Afghanistan and Iraq,
Advertisement
The studies appear in a special section on children and disaster in the July/August 2010 issue of the journal Child Development.

The first study took a longitudinal look at adjustment in former child solders involved in Sierra Leone's bloody civil war. Researchers focused on more than 150 children ages 10 to 18, mostly male, following them over two years. The research was carried out by a team based at Harvard University in collaboration with partners at the International Rescue Committee and the U.S. Agency for International Development.

During Sierra Leone's 1991-2002 civil war, thousands of children, some as young as 7, were conscripted into fighting forces and paramilitary groups, and as a result, witnessed executions, death squad killings, torture, detention, rape, and massacres of family members. As the conflict ended, the young people were returned to civilian life. This study, carried out in 2002 and 2004, is the first of its kind to examine how these youths fared.

The researchers found that all of the former child soldiers were exposed to high levels of violence, such as massacres or village raids. More than a third of the girls reported having been raped, and almost a quarter of both girls and boys reported having injured or killed someone.

Children who reported surviving rape or reported hurting or killing others showed higher levels of hostility, while those who survived rape demonstrated higher levels of hostility and anxiety over time compared to those who didn't experience these types of trauma. This suggests that these categories of war trauma are highly toxic to children's psychological and social adjustment. The study also found that children who were abducted at younger ages were more likely to report symptoms of depression over time than those who were older.

"Witnessing general war violence, although very common, didn't have a strong effect on the children's psychological and social adjustment over time," according to Theresa Betancourt, assistant professor of child health and human rights at Harvard School of Public Health, who led the study. "In contrast, the effects of experiencing rape and wounding or killing others were longer lasting."

The authors recommend that particular attention be paid to war-affected children with an accumulation of toxic risk factors and few protective resources. Social and mental health services for war-affected youths are severely limited in Sierra Leone today. Without targeted attention to those showing continued need, the researchers point out, there may well be broader consequences for society as this generation enters adulthoodincluding the inability to make the most of current investments in education and development activities.

"We have a long way to go before being able to fully mitigate the effects of particularly toxic stressors in the lives of children affected by war," notes Betancourt.

In the second study on child soldiers in Child Development, researchers from the University of Hamburg in Germany looked at 330 former Ugandan child soldiers ages 11 to 17.Since the late 1980s in Northern Uganda, an estimated 25,000 children and adolescents have been forcefully recruited into the Lord's Resistance Army. This study was carried out in 2006 at a government boarding school designed to support war-traumatized children and at the same time attempt to identify risk and protective factors to better target supports. On average, the children returned from the armed group after about 30 months; the study was carried out 4 months after they arrived at the school.

According to the study, almost all of the children had been exposed to shooting and beatings by armed forces, more than half had killed someone, and more than a quarter had been raped. The researchers found that a third of the children suffered from posttraumatic stress disorder, more than a third were depressed, and more than half had behavioral and emotional problems. Older children had more mental health problems than younger children, the study found.

The study also found that almost 90 percent of the child soldiers continued to be exposed to violence once they returned homeincluding caning, burning, being locked up, and being rapedand two thirds of them suffered from significant mental health problems. What helped foster the resilience of the one third of children who didn't have significant mental health problems? The researchers discovered it was the qualities of the child and the home environments to which they returnedsuch as less exposure to domestic and community violence, better family socioeconomic situations, less motivation to seek revenge, and more perceived spiritual support.

In Uganda, where there is only one psychiatrist for every 1.3 million people, training mental health professionals and creating sustainable intervention programs are urgently needed, according to the researchers. By identifying the factors that contribute to resilience in former child soldiers, this study can help those working with this population.

A new study has suggested that family values and ongoing conflict within Afghanistan are dramatically affecting the health of young children in the country.
Advertisement
<< Researchers Gather To Draw Guidelines On Sitting
Alcohol Raises Stroke Risk an Hour After Drinking: Study >>

Find a Hospital How to Reduce School Bag Weight - Simple Tips Blood Donation - Recipients Sanatogen Noscaphene (Noscapine) Pregnancy Confirmation Calculator Blood - Sugar Chart Iron Intake Calculator Accident and Trauma Care Sinopril (2mg) (Lacidipine)
This site uses cookies to deliver our services. By using our site, you acknowledge that you have read and understand our Cookie Policy, Privacy Policy, and our Terms of Use