How Human Immune System Responds to Stress in Space

Results of study on biological samples from space shuttle Atlantis for nearly two years, have shed light on how the human immune system responds to stress and assaults while in space - and maybe here on Earth.

Weakening of the immune system associated with spaceflight is an area that needs a thorough investigation," said Marti Jett, director of the Integrative Systems Biology Program at the U.S. Army Medical Command.

"Astronauts subjected to microgravity have shown a significant immune weakening. Furthermore, microgravity has been shown to enhance bacterial virulence while depressing the immune response," said Jett.


Among the tasks completed by the four-person crew of the orbiter Atlantis were experiments on human cells using a common component of an Earth-dwelling microorganism that plays a role in septic shock. The experiments were designed, overseen remotely and replicated on Earth under normal gravity conditions by the army team, led by Rasha Hammamieh, deputy director of the Integrative Systems Biology Program, which is based at the U.S. Army Center for Environmental Health Research at Fort Detrick in Maryland.

"There's an increased risk of infection due to altered bacterial growth in microgravity. Wounds heal poorly in microgravity. So the question investigated was 'In what way does the host response to pathogen differ in microgravity versus on Earth?'" Hammamieh explained.

The research team set out to investigate the molecular cascade of events that occur in human endothelial cells in response to exposure to the endotoxin lipopolysaccharide, or LPS, from the cell wall of gram-negative bacteria.

The cells hung out in space for six days before the astronauts applied the LPS to them, but even during that untouched period they showed genomic responses typical of immune dysfunction to the zero-gravity conditions.

"And so, when we added the agonist, they didn't respond very well," Jett said. The cells were so busy dealing with the gravity situation that they barely put up a fight against the bacteria.

The research team previously had conducted a study of Army Rangers. The scientists took blood samples from the special forces at the beginning, middle and end of their intensive training program and exposed those samples to pathogens to see if battlefield conditions affected immune responses. That work was published in the journal Genes and Immunology last year.

"We found that they weren't responding normally at all. We saw what maybe one could guess in retrospect that you would see, which was that the immune system was involved in the stress of being a Ranger, and when we added these pathogens - the virus, bacteria and toxin - in separate experiments, they didn't respond to them. And we saw something very similar to that in space. The cells were probably preoccupied with the response to microgravity, and, therefore, when exposed to LPS, yes, there was a response, but it certainly wasn't comparable to what we were seeing on the ground."

The team determined that, in the samples that went to space, there was a diminished capability of the cells to activate the normal immune response in terms of pathogen processing. Reduced gravity also altered angeogenesis and vasculogenesis and promoted genes involved in rheumatoid arthritis, tumor growth and wound repair. This could suggest an elevated risk of neurological degeneration and other problems as a result of microgravity.

Jett said the results of both the spaceflight study and Rangers study have drawn the interest of those studying immune response in people exposed to other high-stress conditions, such as Wall Street executives and CEOs.

"The core motivation was to try to understand why there is not a good immune response in terms of healing and preventing illness in space - why healing is compromised - and it just ends up coming back to maybe broader strokes to what we see on Earth as well," Jett said.

The results were presented at the Experimental Biology 2013 conference in Boston. 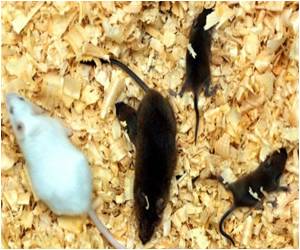 Immune System May be Enhanced With Fish Oils
The findings of a recent research indicate that fish oils rich in DHA and EPA may strengthen the immune system.
READ MORE

How CMA Stimulates the Immune System to Combat Virus
Since the 1970s, a long-forgotten candidate for antiviral therapy is undergoing a renaissance. The small molecule CMA has been considered a potent agent against viral infections, yet it was never approved for clinical use.
READ MORE

Scientists Find Bacterial Immune System
Scientists have found that CRISPR, a system of genes that bacteria use to defend themselves against viruses, is involved in helping some bacteria evade the mammalian immune system.
READ MORE 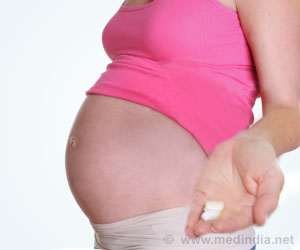 Month of Birth May Influence the Development of Immune System, Suggests a Study
A recent research suggests that babies born in the month of May are more prone to autoimmune disease like multiple sclerosis than those born in November.
READ MORE