Office Kitchens may be Dirtier Than Toilets 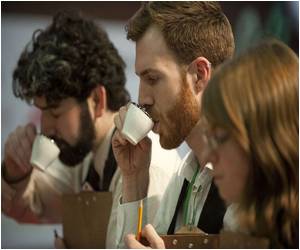 People living on food from office canteens, here's an eye-opener. A study has found most of the kitchens at the workplace are dangerously dirty, to the point that they could cause illness.

The study has revealed that half of surfaces in workplace kitchens are contaminated by dangerously high levels of coliforms -- the bacteria present in faeces which can lead to outbreaks of gastrointestinal disease, Daily Mail reported.

The swab results, carried out by Initial Washroom Hygiene, showed that 75 percent of kitchen work surfaces are home to more bacteria than an average feminine sanitary bin.


It also showed that over a quarter of draining boards were found to have four times the safe level of coliforms.

The research also revealed that the handles of shared fridge-freezers were bacteria-rife, with a third carrying high levels of coliforms, whilst 30 per cent of shared microwaves were also shown to be contaminated around the handles and buttons.

Tea drinkers are not any more hygienic - more than 40 per cent of kettle handles were revealed to be contaminated with higher levels of bacteria than are found on toilet doors.

Source: IANS
Advertisement
<< How Human Immune System Responds to Stress in Space
New Factor That may Contribute to Skin Ageing >>

Rajasthan Bans Sale of Junk Foods In College Canteens
The Rajasthan government has imposed a ban on sale of fast foods including pizzas, burgers and cold ...