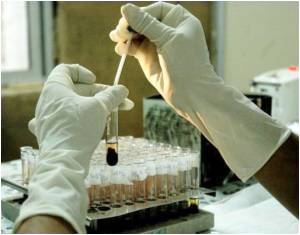 The way in which HIV-1, the virus that causes AIDS, resists AZT, a drug widely used to treat AIDS, has been discovered by Rutgers researchers.

The scientists, who report their findings in Nature Structural & Molecular Biology, believe their discovery helps researchers understand how important anti-AIDS treatments can fail and could help AIDS researchers develop more effective treatment for the disease.

"What we've found is the detailed way in which the mutations act to promote the resistance," said author Eddy Arnold, Board of Governors Professor of Chemistry and Chemical Biology, and a resident faculty member of the Center for Advanced Biotechnology and Medicine. "Instead of blocking the actions of AZT, the virus actually removes it, and it does so by using ATP, one of the most common cellular molecules. This is an outstanding example of how sneaky HIV can be in thwarting the efficacy of therapeutic drugs."AZT was once the only treatment for AIDS, and it remains an important treatment, particularly in preventing the transmission of the virus from infected mothers to their unborn children. Researchers knew almost from the beginning that the virus developed resistance to AZT, and that this resistance had to do with mutations, but the way the mutations worked to resist the drug was mysterious. AZT works by inhibiting an enzyme, reverse transcriptase, which HIV needs to produce DNA from RNA, and thus replicate itself. About 10 years ago, biochemical studies in several laboratories established that AZT-resistant HIV-1 reverse transcriptase uses adenosine triphosphate, or ATP, which moves energy around inside the cell, to remove the AZT. Arnold and his co-authors have used X-ray crystallography to describe in atomic detail how the AZT-resistance mutations allow reverse transcriptase to recruit ATP to remove the AZT.