How Cheetah Got Its Blotches: Research 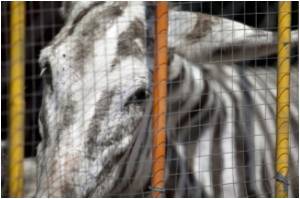 Genetic patterns of the rare species of a cheetah are being studied to unravel their mystery.

In the first study to identify a molecular basis of coat patterning in mammals, Feral cats in Northern California have enabled researchers to unlock the biological secret behind a rare, striped cheetah found only in sub-Saharan Africa.

Researchers at the Stanford University School of Medicine, the National Cancer Institute and HudsonAlpha Institute for Biotechnology in Huntsville, Alabama, found that the two felines share a biological mechanism responsible for both the elegant stripes on the tabby cat and the cheetah's normally dappled coat.


Dramatic changes to the normal patterns occur when this pathway is disrupted - the resulting house cat has swirled patches of colour rather than orderly stripes, and the normally spotted cheetah sports thick, dark lines down its back.

Nearly five million children under the age of five die each year in sub-Saharan Africa, with 25 percent of them losing lives at birth.
Advertisement
"Mutation of a single gene causes stripes to become blotches, and spots to become stripes," Greg Barsh said.

The differences are so pronounced that biologists at first thought that cheetahs with the mutated gene belonged to an entirely different species.

His previous work identified a variety of biologically important pathways that control more than just hair or skin colour, and have been linked to brain degeneration, anaemia and bone marrow failure. But laboratory mice don't display the pattern variation seen in many mammals.

"We were motivated by a basic question," Barsh said.

"How do periodic patterns like stripes and spots in mammals arise? What generates them? How are they maintained? What is their biological and evolutionary significance? It's kind of surprising how little is known.

"Until now, there's been no obvious biological explanation for cheetah spots or the stripes on tigers, zebras or even the ordinary house cat," he said.

The research relied primarily on DNA samples from feral cats in Northern California captured for sterilization and release, on tissue samples provided by the City of Huntsville Animal Services group, and on small skin biopsies and blood samples from captive and wild South African and Namibian cheetahs.

It also hinged on the recent availability of the whole-genome sequence of the domestic cat.

Comparing gene sequences of feral cats with different patterns allowed co-first authors Christopher Kaelin and Xiao Xu to identify mutations in a gene they dubbed Taqpep associated with the blotched tabby markings - 58 of 58 blotched tabbies had a mutation in each of its two copies of Taqpep, while 51 of 51 mackerel tabbies had a least one unmutated version.

Taqpep encodes a protease normally found in the cell membrane, but that can also be cleaved to allow it to diffuse outside the cell.

This ability to float freely and interact with other molecules in the extracellular soup is a key component of a principle called reaction diffusion proposed by the famous computer scientist Alan Turing, PhD, in 1952 as a way to explain how periodic patterns (like stripes and spots) can arise out of randomness.

"Turing realized that, under specific conditions, diffusible 'activator' and 'inhibitor' molecules can self-organize into a variety of periodic patterns," Barsh said.

"We are excited about the idea that Taqpep might be an entry point to understand if, and how, reaction-diffusion mechanisms can explain 'how the leopard got its spots'," Barsh added.

The study has been published in Science.

Increase in Pregnancy in Sub-Saharan Africa Seen With Antiretroviral Therapy