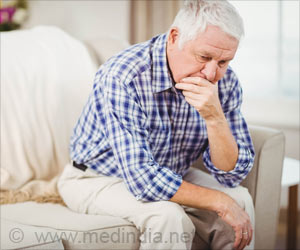 In Alzheimer's disease, only some regions of the brain are strongly affected due to the factors encoded in the DNA of brain cells, which can lead to the patterns of degeneration or vulnerability, reveals a new study.

Alzheimer's disease (AD) is known to cause memory loss and cognitive decline, but other functions of the brain can remain intact. The reasons cells in some brain regions degenerate while others are protected is largely unknown.

Advertisement
‘The rostral neurons of the brain are more sensitive and are more damaged than the caudal portion of the brain.’

In a paper to be published in Stem Cell Reports, researchers from Brigham and Women's Hospital have found that factors encoded in the DNA of brain cells contribute to the patterns of degeneration, or vulnerability, in AD.


AD is characterized by plaques composed of amyloid β-protein (Aβ) and tangles composed of Tau protein; accumulation of Aβ protein leads to disruption of Tau and, eventually, neurodegeneration which affects brain regions in a variety of ways.
Advertisement
The front, rostral, portion of the brain is generally more damaged by plaque build-up while the back, caudal, portion is generally spared.

Though there are several mechanisms that could cause these differences, the team focused on the potential contributions of cell-autonomous factors among neuronal subtypes that could affect both the generation of and the responses to Aβ.

The systems were developed by taking skin cells from patients with a familial Alzheimer's disease mutation and turning these skin cells into stem cells.

Stem cells divide to make more stem cells, providing an unlimited supply of cells. Stem cells also can be turned into any type of cell in the body, including brain cells. In this study, the authors showed that vulnerable brain cells made more toxic Aβ protein compared to brain cells from more protected regions of the brain.

In addition, the researchers found that brain cells in the protected, caudal portion of the brain have a less toxic response to Aβ than their rostral counterparts.

Though early-onset, familial Alzheimer's disease (fAD) accounts for a small number of AD cases, the study of fAD patients, or samples in this case, can reveal important aspects of the cell and molecular mechanisms underlying all types of AD.

The team is currently using this information to investigate exactly why caudal neurons are protected and what differences in cell type cause neurons to be protected from AD.

"These findings illuminate our understanding of why some neurons are spared and why others are not spared in AD," said Christina Muratore, PhD, of the Department of Neurology.

"If we can find out more information about why these subtypes of cells are protected, we may be able to use this information to tailor therapies to protect the vulnerable cells."

Source: Eurekalert
Advertisement
<< Multi-player Games can be a Good Rehabilitative Tool
Computational Model That Simulates Arrhythmias That Lead to ... >>