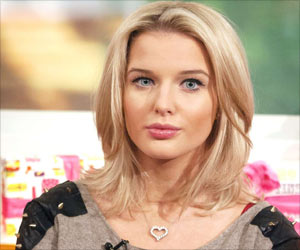 The 24-year-old actress, who's expecting her first child with footballer beau Scott Sinclair, has been suffering from chronic morning sickness and has bought Marks and Spencer's Colin the Caterpillar lollies in bulk to overcome her nausea, the Mirror reported.

According to a source, Flanagan's freezer is "bursting with them," and it really helps to settle her stomach.

A source said that that the baby was much awaited and Flanagan had revealed the pregnancy before Christmas, writing "we are both so happy and excited."

British Dad-to-be Signs Off Work With Morning Sickness
A British dad-to-be has been signed off from work after suffering 'sympathy morning sickness.'...

FDA Approves Morning Sickness Drug Withdrawn from Market Three Decades Ago
The US Food and Drug Administration confirmed that it has approved a drug for treating morning ......