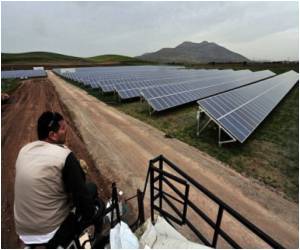 A UK crematorium has found that the heat generated during cremation is capable of providing enough electricity to power 1500 televisions.

The scheme in Durham would be the first of its kind in the UK, but according to experts it could be followed by similar projects.

Cancer cells tap into a natural recycling system to obtain the energy they need to keep dividing.
Advertisement

Many crematoria are currently replacing their furnaces to meet government targets limiting the amount of mercury escaping into the atmosphere, as up to 16 percent of mercury emitted in the UK comes from crematoria because of fillings in teeth, which is likely to rise to 25 percent by 2020.


Mercury accumulates in the air and water, and can harm the brain, kidneys, nervous system and unborn children. It also affects the food chain, particularly when it is deposited in water and ingested by fish.

An innovative technique has been designed in Australia to monitor elders living on their own. The technique hinges on recording data on energy consumption in the household.
Advertisement
Crematoria are required to halve such emissions by next year and eliminate them by the end of the decade due to which some have already fitted systems which use the heat from the burners to heat their buildings, nearby offices and, in one instance, a swimming pool.

Durham Crematorium, which is run by the local county council, is undergoing a 2.3 million pounds project to install three new furnaces, the first phase, which is due to be completed early next year, will see a "heat recovery system" fitted to one burner to heat the building.

In a second phase, turbines on the other two burners could be installed to generate electricity.

"We will have far more electricity than we can possibly need, so we would be feeding a reasonable amount into the grid. If there is genuine spare capacity to generate electricity, then we are certainly interested in investigating that," the Sunday Telegraph quoted Alan Jose, the crematorium's superintendent and registrar as saying.

"And if it was thought to be acceptable in the eyes of the public we would almost certainly pursue that. Apart from it being common sense for us to try to conserve energy, it also enables us to keep the fees down," he said.

Jose also added that the crematorium did not want to upset anyone over the plans.

"We don't want to become known as a power station rather than a crematorium because we try to provide a reverend and decent place for people to have a cremation service," he said.

The turbines would be powered by steam produced from cooling the hot gases, at temperatures of at least 816 degrees Celsius, used to cremate bodies.

Engineers estimate that each turbine could produce up to 250 kWh. With both furnaces operating efficiently on full power, they could power about 1500 television sets.

In return, the crematorium would receive an income from energy companies under the feed in tariff scheme. The "heat recovery" system installed for phase one will provide about 2500 pounds of heating per month.

For all those still confused whether cooked food provides more energy than raw, this is some news which can help clear the air.
Advertisement
Advertisement