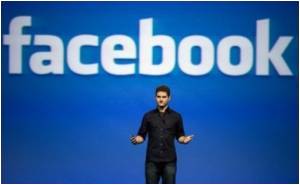 Social networking sites are becoming popular among 25% of Australian bosses who are using this medium to screen job candidates.

In the online survey conducted by Telstra, almost half of those screening applicants admitted to turning away prospective candidates based on something they had seen on Facebook or Twitter.

Admission officers in colleges in the US are considering information on social networking sites such as Facebook and Twitter to make their decisions on college applicants.
Advertisement

The research also showed that one in ten employers used Facebook and other social networking sites as a means of keeping an eye on productivity.


"This new Telstra research has shown that posts, photos and videos shared online not only amuse friends, but can lead to employers making judgement calls that affect careers," the Sydney Morning Herald quoted Darren Kane, Telstra's Officer of Internet Trust and Safety as saying.

It has emerged that Australian schools are hiring internet monitoring companies to spy on students' activities on social networking sites.
Advertisement
According to the findings some of the biggest "cyber CV faux pas" candidates make include posting inappropriate pictures, with 31 percent of employers saying this counted against applicants, and posting discriminatory comments - 37 percent.

With the research also revealing that employers are ready to hire prospects based on their digital profile, Kane encouraged job seekers to ensure their publicly accessible social content is positive and professional.

Nearly one-third of British companies are now blocking access to social networking websites, such as Facebook and Twitter, at work, according to a survey.
Advertisement
<< Heat Produced During Cremation can Provide Electricity
Different Kind of Show at Tribal Arts Museum in Paris >>