Microbial Activity in the Mouth May Help Identify Autism in Children

Bacteria living in the mouth can help identify children with autism spectrum disorder (ASD), reports a new study. The findings of the study are published in the journal Autism Research.

New research suggests that shifts in the bacteria within a child's mouth could provide objective biomarkers for identifying autism spectrum disorder. The findings of this research, conducted by scientists from Penn State Medical Center, SUNY Upstate Medical University, and Quadrant Biosciences, Inc., catalyze the development of a novel, saliva-based panel to aid clinicians in the early diagnosis of autism spectrum disorder.
Microbial Activity in the Mouth May Help Identify Autism in Children

Previous research has suggested that bacteria living in the gastrointestinal (GI) tract may influence autistic behavior. Moreover, autism spectrum disorder (ASD) is associated with several abnormalities related to the mouth and throat, including taste and texture aversions, speech difficulties and salivary transcriptome alterations.


"There is mounting evidence that the GI microbiome is disrupted in children with ASD, and this study shows that this disruption may extend to the mouth and throat. It appears that gene expression activity within oral microbial communities is altered in children with autism spectrum disorder," said Steven Hicks, MD, Ph.D., of Penn State Hershey, lead investigator on the project.

"The shifts in microbial populations were associated with ASD co-morbidities such as GI disturbances, as well as social and repetitive behaviors. This research suggests that measuring the activity of these microbial populations in saliva may provide objective biomarkers to aid in the clinical evaluation of ASD."

In this study, researchers identified changes in the salivary microbiome of 346 children aged 2-6 years across three developmental profiles: ASD (n=180), non-autistic developmental delay (DD) (n=60), and typically developing children (TD) (n=106). Saliva was collected via a cheek swab from each study participant. RNA from actively transcribing microbes was sequenced, quantified and analyzed across the three groups of children. ASD children with and without GI disturbances were also compared.

"We saw significant differences in gene expression in these organisms that were associated with lysine degradation, an important building block in neurotransmitter production."

Richard Uhlig, Founder and Chief Executive Officer of Quadrant Biosciences and one of the co-authors of the study, noted that Quadrant is developing a saliva-based biomarker panel to aid clinicians in the earlier diagnosis of ASD. "These research findings have been fundamental in our ongoing efforts to develop a biomarker panel that can provide clinicians and parents with more confidence in the diagnosis of ASD. Examining microbial activity will be a crucial element of the panel," he said.

"Our aim is to offer a molecular diagnostic that can provide objective support for the diagnosis of ASD as early as possible when treatment is most efficacious." 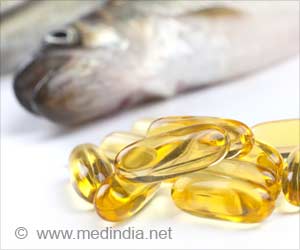 Children With Autism may Have Less Complex Brain Structure
Small autistic boys may have less complicated structural changes in the right cerebellar cortex of the brain, finds a new study.
READ MORE

Tdap Vaccination during Pregnancy May Not Increase Autism Risk in Children
Tdap (tetanus, diphtheria, acellular pertussis) vaccination for pregnant women may not increase the risk of autism spectrum disorder in children.
READ MORE