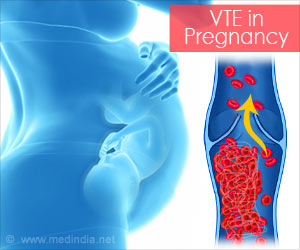 Researchers from the University of California, San Diego, carried out a prospective sequential cohort study involving women with BMI of 40 or greater who went through cesarean delivery.


As many as 42 of these morbidly obese women were assigned to weight-based enoxaparin, and a total number of 43 women received BMI-stratified dosing.

However, no participants met the threshold for venous thromboembolism prophylaxis or anti-Xa concentration of 0.6 IU/mL or greater.

The researchers acknowledge that this study was limited by a relatively small sample size, lack of long-term clinical outcome data, and the use of only a single anti-Xa level. However, they were able to predict the peak anti-Xa levels fairly well. They attempted to quantify anti-Xa levels after both the first and second dose, due to an average length of stay of only three days, but that was often not possible. This study concentrated mainly on a weight-based dosing algorithm leading to predictable peak anti-Xa levels in obese patients and not on clinical outcomes. Although this study gives a better idea on how to optimally prescribe VTE prophylaxis in morbidly obese patients, further studies are necessary as an optimal approach still remains unproven.


Background and Importance of the Research

Venous thromboembolism (VTE) is the development of blood clots in the vein. When a clot forms in a deep vein, it is called a deep vein thrombosis or DVT. If the clot breaks loose and travels to the lungs, it could lead to a condition known as pulmonary embolism or PE, which could be a life-threatening event. Together, DVT and PE are known as VTE, - a dangerous medical condition.

VTE remains a major cause of maternal morbidity and mortality during pregnancy. According to researchers, cesarean delivery doubles the risk of venous thromboembolism with half occurring postpartum - the period starting from the birth of a child and extending for about six weeks.

Obesity is a significant risk factor for the formation of VTE. Morbidly obese women or women who are 100 pounds over their ideal body weight have a four-fold greater rate of VTE postpartum than normal women. Also, studies have shown that obese women are more likely to deliver by cesarean method and suffer postpartum complications than non-obese women.

Existing current guidelines advise that obese women get at a minimum pneumatic compression devices for VTE prevention after cesarean delivery. The devices consist of an inflatable garment for the arm, leg, trunk, or chest and an electrical pneumatic pump.

However, researchers from the University state that there is no consensus with respect to the use, dosage, timing, or duration of anticoagulation medication in this high-risk population.

Enoxaparin is the recommended anticoagulant for VTE prevention in pregnancy, and the recommended thromboprophylactic dose of enoxaparin is 40 mg daily. The anti-Xa test is an assay method that estimates the direct inhibition of factor Xa by enoxaparin. For prophylactic anticoagulation, anti-Xa concentrations between 0.2 and 0.6 international units per milliliter (IU/mL) are considered enough. 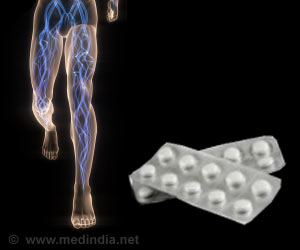 Newer Oral Anticoagulants for Venous Thromboembolism
Newer oral anticoagulants are similar in efficacy and safety as compared to the older ones.
READ MORE

Recurrence of Venous Thromboembolism can be Checked By Aspirin
Venous thromboembolism is the formation of blood clot in the deep veins of the body such as in legs. It can be cured by aspirin administration. Aspirin is a potent pain killer.
READ MORE 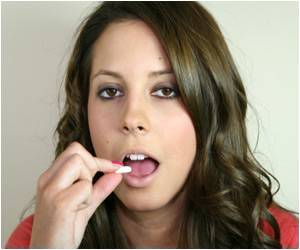